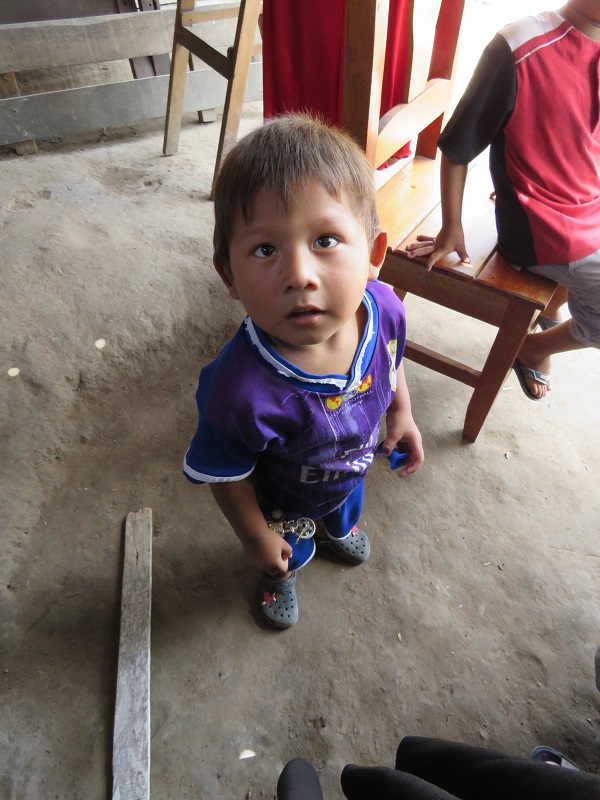 I took this photo last week. We were headed out of a barrio to get a moto-taxi after spending the day visiting families. I admit that I had taken my "big" camera that I use for birding along because this barrio was far out in the country and we had seen some birds while we were there on previous days. Normally, I don't bring my camera along because it just doesn't feel right to be walking around places where people don't have enough to eat with an expensive camera. In my mind, there's a certain injustice in that. I had justified it last week, promising that I wouldn't take it out when we were visiting with families, only when we were coming and going. Justifications only work so well though, because in this case, there were two extra families we ended up visiting that we hadn't seen walking in, but needed help.

This was the second family. There wasn't time to put the camera away, so instead, I just kept it hanging loose and continued to use Yanira's phone camera. (That's what I usually use.) Well, this young boy had been playing motorcycle on my arm (you can see it in his hand) and saw the "big" camera. He pointed to it after I had taken other photos with Yanira's camera, and I knew exactly what he was saying. He wanted me to take a photo with my big camera! We were on our way out but I snapped a photo. He was thrilled (even if he doesn't look it). It was especially funny because his brother was a perfect model for photos, holding a small soccer ball in various action poses, but this fellow seemed totally uninterested until that moment. I feel so much love toward these children. They are beautiful and courageous in their trust. If you would lift up a prayer for this youngster, and the others that we work with, I would sure appreciate it!

May all love and blessings be showered on this child and his family.