Hooray, I am back in Bolivia! After arriving in Santa Cruz and before leaving to return to Ascención, I was blessed to go along to pick up supplies for the Santa Clara Nutrition Center. In Santa Cruz, there are big grocery stores and even a Costco style store. By American standards, they would probably be considered small. Unlike their American counterparts, it seems that here people expect to pay a little more at the big stores. I wonder if it's for the convenience of having everything in one place? Whatever the reason, we only stopped at larger stores for the things we couldn't find elsewhere.

As we shopped, we walked down several streets that had similar stores, with open-air storefronts that looked a bit like garages. Some go farther back but many were like this, with room enough inside for the vendor and maybe one person. They discuss prices and bring things out to their customers. 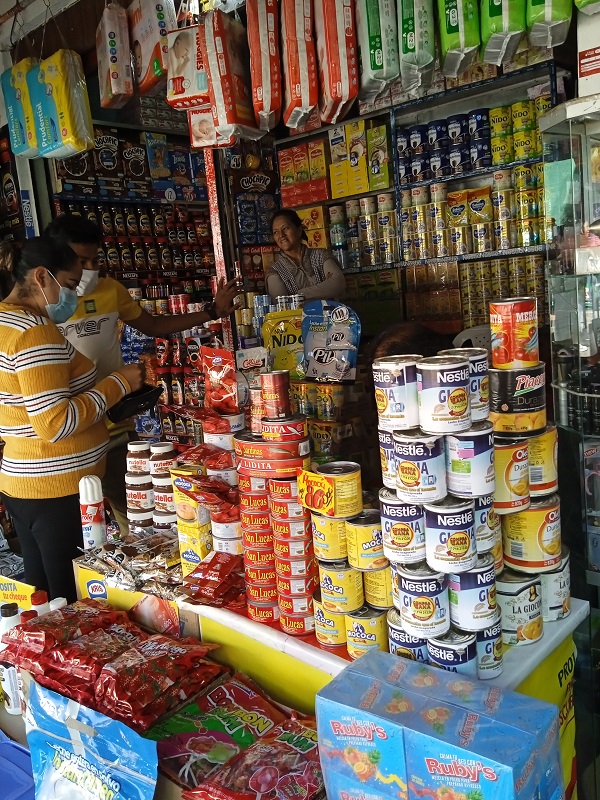 This store was our first stop. Each seems to specialize in something, like the infant care products in this one, with a few other things added on. The canned sardines in tomato here surprised me a little bit! We purchased many cases of baby formula, baby cereal and powdered milk with hopes to feed the families getting help from the clinic for at least three months.

We headed to other vendors and purchased staples like sugar, pasta and instant oatmeal. We also stopped at a pharmacy to purchase medicines. Finally, with the van just about full, but with enough space for us, we headed back to Ascención.

I like these stores. We purchased from specific places that the Center had been working with for some time, built on relationships and fair prices. Even back in Ascención, there are vendors that Sister Yanira knows personally. It feels like part of what makes community here.