Temptation and transformation in the desert

The Gospel for the first Sunday of Lent makes me imagine a movie trailer for a film directed by Mark. He sets a pithy scene in the desert, features a cast of characters that include Jesus, beasts, angels and Satan. Jesus is on the cusp of an encounter with temptation as the teaser abruptly ends. The scene that fades to black is literally and figuratively bleak, leaving viewers to anticipate a film with a gut-wrenching ending.

But of course we are met with a plot twist when the rest of Mark’s story comes out: the desert doesn’t really lead to nothingness, it’s actually lined with steppingstones to discovery. His time in what seems like a wasteland strengthens him and, in a surprising turn of events, leads to emergent momentum of his ministry. 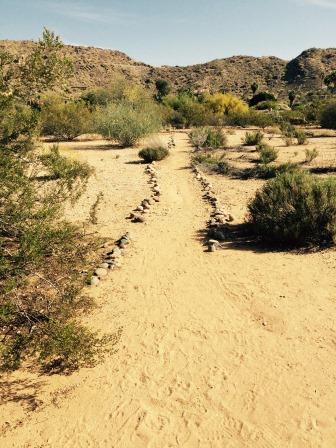 Discernment of religious life invites each of us into our own metaphorical and perhaps even physical desert experiences. It’s a place of quiet austerity and simultaneous beauty, calling for revelation, commitment and creativity in a setting assumed to be isolated and daunting. Desolation can allow too much space in which temptation and deprivation can be found, but also make room for grace and gift.

As I prepared for my final vows, I found the desert was the perfect place to go on retreat. Walking in the dry climate, I was invited to be present in each step; cognizant of where my feet fell; watchful of snakes, scorpions and other desert wildlife that I don’t encounter in Wisconsin. Slowly, as I pondered the spectrum of colors that at first I only perceived as beige, the desert revealed some of its bright secrets. My fear of such “beasts” was transformed as I learned how these creatures help sustain the environment. Beauty of life, like the tiny flowers I discovered, flourished in what appeared to be a hostile climate. 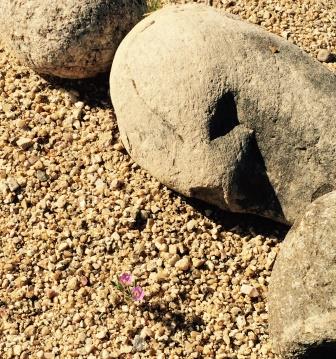 Jesus demonstrates that God guides us to explore the depths of a vocational discernment even in the most dreaded circumstances; is with us as we confront the temptations that threaten our fidelity to live in communion with God.

How is your fear or preconceived notion getting in the way of intentional discernment?

How has God surprised you and provided in your own “desert times?”