Called to religious life and FSPA 50, 60 and even 70 years ago, our 2018 jubilarians are celebrating and contemplating. Show Me a Sign asked Sister Cormarie Wernimont — who embodies 60 years of ministry in dietetics, pastoral care and finance — to reflect on her discernment journey. 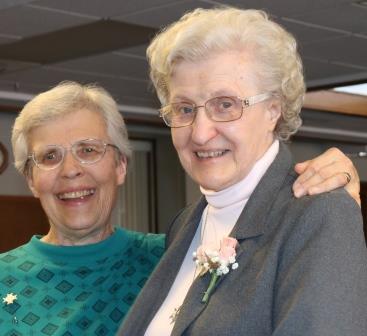 During a gathering at St. Rose Convent, Sister Cormarie (right) is congratulated for her jubilee by Sister Esther Leis.

SMAS: How old were you when you first thought about becoming a sister?

Sister Cormarie: I was in the second grade. My teacher, Sister Charity, FSPA, asked if I was going to become a sister. I had not thought of it, but this idea remained in the back of my mind all through elementary and high school. I prayed about it for a long time, and gradually became aware that this was my calling.

SMAS: What attracted you to religious life?

Sister Cormarie: It was the belief that this is my calling. 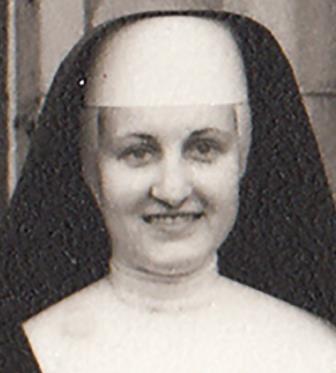 SMAS: What do you recall about making your final vows and realizing that you were making a life commitment?

Sister Cormarie: I most remember my acceptance into the novitiate program, receiving a new name and the religious habit, and also my first vows. In my heart, my vows were final the first time I spoke them.

SMAS: What has been the most unexpected part of your life as an FSPA?

Sister Cormarie: My first mission was at Sacred Heart Hospital (now known as Eastern Idaho Regional Medical Center) in Idaho Falls, Idaho. This was an area where, as a Catholic, I learned what it felt like to be a minority. There were many challenges. There were also blessings: we experienced the beauty of the mountains, rivers and Meadow Lake. Nothing ever tasted as good as pancakes cooked over an open fire up in the mountains.

SMAS: What wisdom do you share with a woman discerning religious life today?

Sister Cormarie: Pray. Try to be open to the inspiration of the Holy Spirit. Trust in God’s love and care.