On Wednesday, June 15, WAFER broke ground on a project to renovate a building on La Crosse's Northside. It will become the new site for its food pantry. The building dates back to 1906 and has been in the "business of food" ever since, most often as a grocery store, most recently Gordy's Market. WAFER Board President Taylor Haley noted that the FSPA's gift to the project, even before a building had been purchased, provided the board with hope and the courage to move the project forward.

The WAFER Board of Directors, which includes affiliate Madalene Buelow (fourth from left), is pictured here during the ceremonial dig with the golden shovel. The project is slated to be completed in spring 2022. Watch News Channel 8's coverage of the event here. 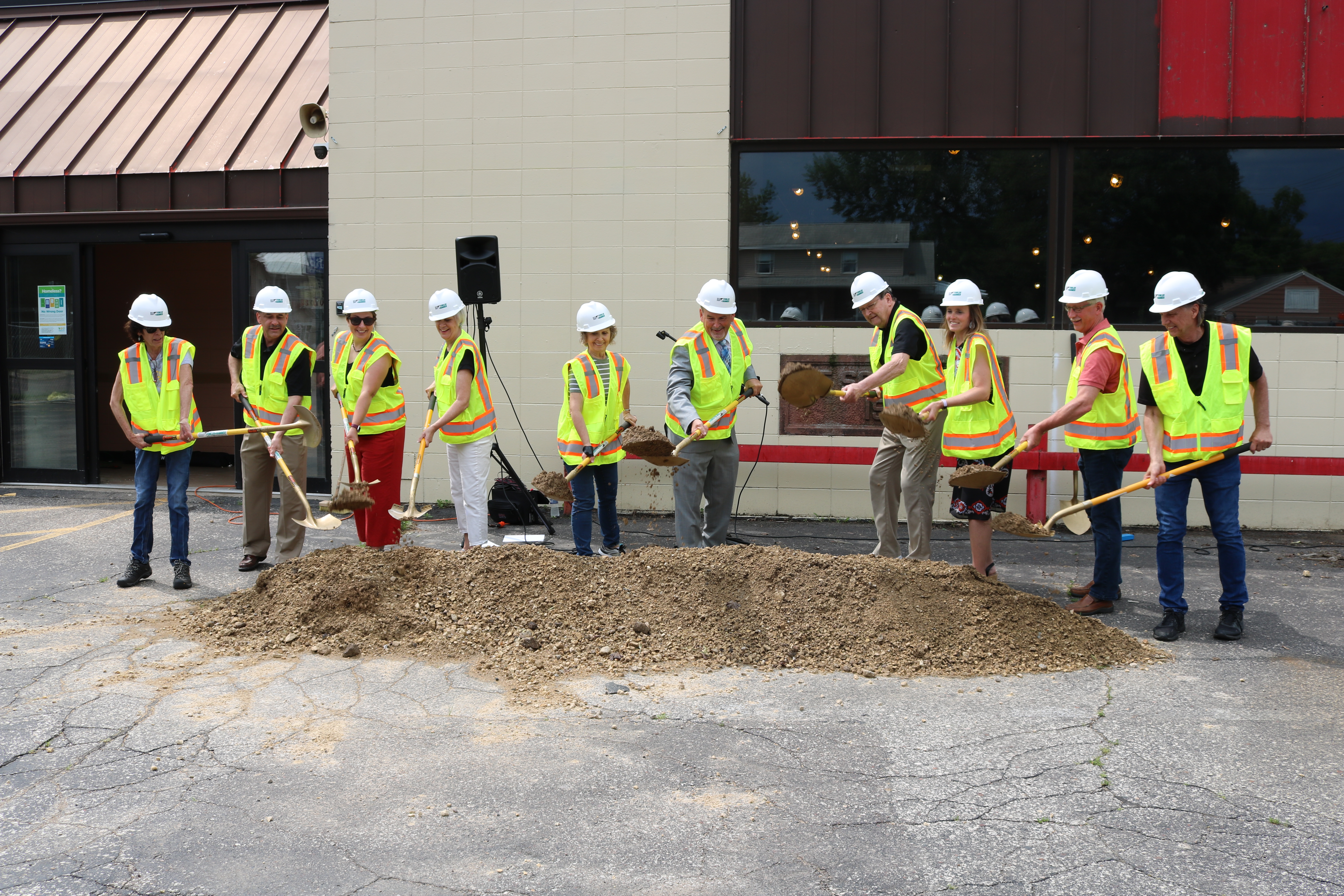