Despite Unity in Diversity, are we “Waking Up White”?

“The only thing needed for racism to continue is for good people to do nothing.”

This realization, declared by author Debby Irving in her book “Waking Up White, and Finding Myself in the Story of Race,” surely rouses many readers from the slumber of white privilege. From growing up both white and privileged in Winchester, Massachusetts, to awakening to her own misguided tolerance as an adult, Debby shares her personal frustrations and revelations.

She also shapes her insight into discussion prompts presented at the end of each chapter, including this incomplete statement: “I never thought I could perpetuate racism because I am ____________ and I believe ___________.” Presence has asked Sisters Marie DesJarlais and Linda Mershon to fill in the blanks. 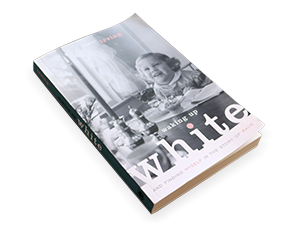 Sister Marie DesJarlais
I never thought I could perpetuate racism because I speak Spanish and have lived and worked in Latin America. I treasure the friends and colleagues I have there. I believe that all people are my sisters and brothers, have dignity plus talents and gifts to offer that make our world a better place.

Some years ago I was in northern Mexico, ready to cross the border by truck. I was a little nervous because even then, there were stories of problems at some border crossings. Willy, a friend of a friend, was known to border agents and worked on both sides of the border. He struck up a friendly conversation with an agent. I handed over my U.S. passport, answered a few questions, and we were on our way.

The bridge crossed over the Rio Grande. Being the dry season, I saw the narrow river far below. I remember thinking, "this is privilege, being white, having a U.S. passport, traveling safely." I imagined the many people who had crossed and would attempt to cross the river with hopes for freedom, as well as those for whom the river brought an end to their earthly pilgrimage. White privilege never expires.

Sister Linda Mershon
I never thought I could perpetuate racism because I am a kind, compassionate person who tries to live according to the example of Jesus. I believed that I understood how racism worked. I thought racism was a personal thing, based on my feelings, my education and my choices. I didn’t understand that racism is a system and that I am complicit, especially as a white American, in that system.

Growing up in the 1960s, I got subtle racist messages from my family and my culture. Even as a child, I knew that it was wrong thinking and thought that I could choose out of that kind of prejudice. I thought that for a long time and used phrases like “I don’t see color” and “race is a human construct.” I saw myself as a sympathetic observer on the sidelines rather than a part of an insidious system that creates hardships for many and that intentionally perpetuates racism.

I have learned through reading this book and others about racism and white privilege that I need to identify the ways in which I am complicit in this racist system. I must not only try to learn how not to participate but also how to speak out against the system of which I am a part, from which I benefit greatly. I must move from being a beneficiary and a bystander to being an ally of those who are abused by the system.