Out of desolation, a garden can grow 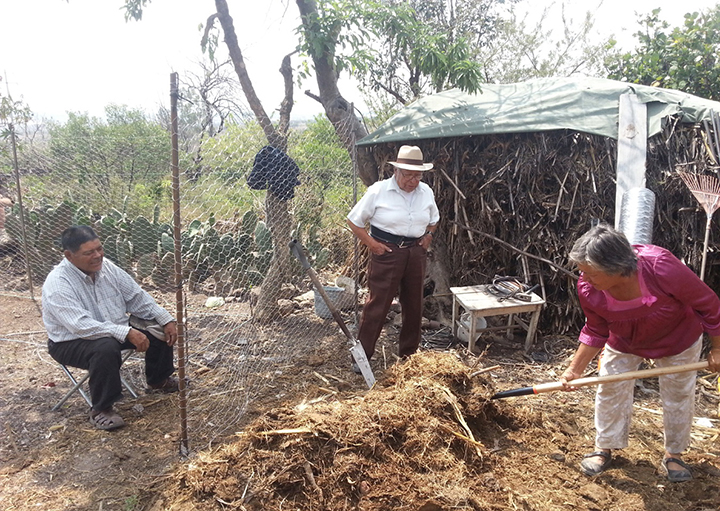 In Apaseo el Alto, Guanajuato, Mexico, desert-like conditions nourish nothing, however malnutrition and diabetes—from lack of fresh, healthy food—flourish. Crusted soil propagates zero income and no sustenance—assistance of any kind—is provided by the government. Financial sustainability by one’s own hands is out of reach for lack of employment opportunities yet gangs—encouraging young people to live off as little responsibility as possible—abound.

But if out of this desolate environment a garden can grow, “it would simply be,” says Marie Des Jarlais, FSPA, “a life changer.”

Such transformation can truly be planted, nurtured, harvested and provided. Sister Marie sponsors an FSPA ministry grant geared to help provide the tools of healthy being—family gardens—to the people in Guanajuato. Four have been created, cultivated and nourished families there. “No other organic gardens exist in Guanajuato!” says Sister Marie. And with the purchase of more seeds, supplies, irrigation equipment and a stipend for a local agriculture technician, 12 more are hoped to be established. Optimism is also rising for hot houses, she says. “The temperatures do drop low enough here for plants and crops to freeze.”

Sister Marie works with Eusebio Hernandez Rojas to make these gardens grow. Eusebio manages the program through the National Union of Regional Autonomous Campesino Organizations, UNORCA, and has the assistance of three others (including an agriculture development engineer from the University of Guanajuato who received a scholarship through GATE Charitable Giving). “When I arrived here in 1971, I found a poor city with no industry. The majority of inhabitants did subsistence farm work.” Yet “times have changed.” With the modernization of the transportation system people go to work in the city. “Many youth have gone to the U.S. looking for jobs … send money to their families … but this has caused division in rural communities. Families who receive dollars are doing well. Those who don’t are not. The old way of life has changed. The countryside has been abandoned because farming does not pay, and there is no help from the government. 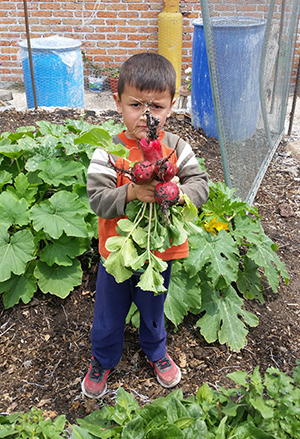 “It is in this situation that I have dedicated myself to aid the family economy: providing orientation for farm families looking for resources. People can have a small house, small patio, animals like ducks, chickens and geese and,” with the support of FSPA, “economic and technical resources for the installation and development of family gardens.

“The neo-liberal idea of the free market now sown in the minds of the farmers is ‘Buy, buy and buy more’ and produce nothing.” Just the mere thought of the necessity of self-sustainability doesn’t exist. “We have an economic crisis, which above all in the countryside has made the poor even poorer.

“The majority of a poor family’s daily diet consists of corn tortillas, beans, soup made of broth and pasta, and soft drinks. Perhaps once a week they have meat, milk and a little fruit and vegetables. Eggs are eaten once or twice a week.” Little protein. Barely balanced.

But from these four gardens more than 50 people benefit. “This is just the physical output. We also hope for wider social influence through our example. This would be very important in the communities. There has been an increase in requests by people to join.

“The project has become a possibility for these people to put into practice and to achieve—through their own work—their own food, but also the strengthening of one’s own family as they work together.

“For me, Eusebio, I now know a little more about FSPA’s ministry work. Your help with the project means to me that I am responsible to make this a viable opportunity worthy of your support.