by Jeff Dols, affiliate
There was a strong feeling in the air at this year’s spring gathering in March. Perhaps due to the current political climate or the recent empowering changes in affiliation discussed at the fall gathering, there was a noticeable sense of personal and collective resolve and accountability to the FSPA mission. In table discussions and breaks, there were many comments such as “this is our call to action,” and “these are big, world-wide problems that seem overwhelming, but transformation needs to start with me in my corner of the world.”
The weekend began Friday evening with an intimate ceremony (see photo) celebrating affiliates with a wide range of commitment, from new affiliation (Raymond List) to five-year anniversaries (Scott Baseman, Marge McCardle and John Stokes) to a 20-year anniversary (Kathy Corey).
Saturday’s event began with the emphasis on both inner and outer transformation as the underlying message of primary speaker Audrey Lucier, director of the Franciscan Spirituality Center in La Crosse. Audrey noted that transformation requires us to wake up to what is in our hearts through awareness, quoting Thomas Merton: “If you love peace, then hate injustice, hate tyranny, hate greed—but hate these things in yourself, not in another.” She reflected on America’s addiction to violence, including our thoughts and actions, and that we need to fight injustice and forces of darkness, not people. Audrey also referenced Anthony De Mello’s point that the world is transformed by working for justice and we are transformed as well.
She shared a video that portrayed a message of radical importance:  “God longs for us to pay attention to the needs of the poor. What is valuable is our human dignity.” When called to the question, “Who are the poor in our community?” someone responded, “Each of us—we are all wounded healers, which can lead to greater compassion.”
We also discussed Pope Francis' encyclical letter "Laudato Si'" and the issues raised, including climate change, water usage, digitization and simplicity. Are they found in justice principles of Catholic Social Teaching? Yes. Where is transformation needed? What changes do I need to make? 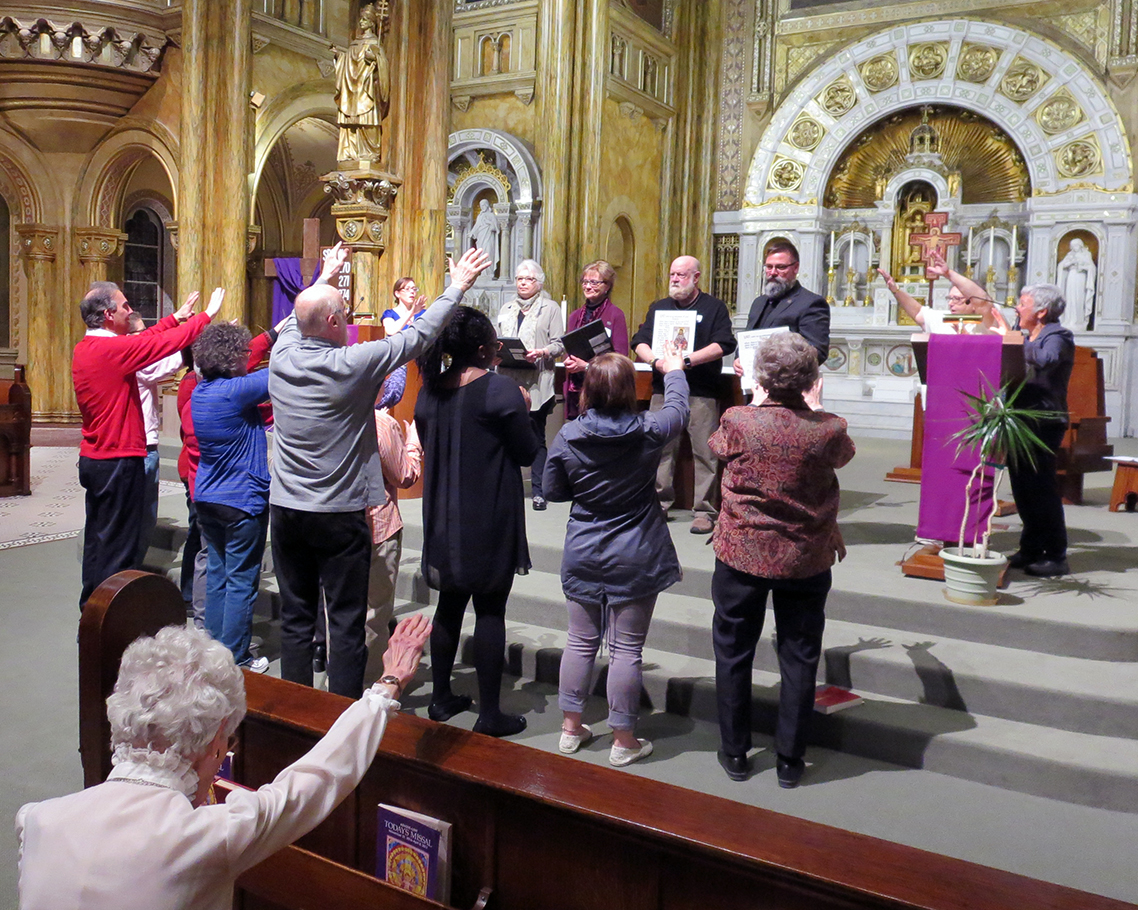 Audrey left us with this message: justice is not a scarce resource; all relationships are important; listen for the cry of the earth and the cry of the poor.
The afternoon’s sessions took the group into specific transforming justice issues. Sister Marlene Weisenbeck provided an update on the scope and stories of human trafficking. While the statistics were often heartbreaking, she also offered signs of hope in the positive work of the La Crosse Task Force to End Modern Slavery and urged everyone to contact the
National Human Trafficking Hotline (1-888-373-7888) and 911 if you see signs of human trafficking.
Sister Eileen McKenzie then provided an update on the work of the Change Direction campaign to bring awareness to the scope and suffering of mental health issues. She highlighted the five signs of emotional suffering: personality change, agitation, withdrawn, poor self-care, and hopelessness. This ministry, she reflected, is at the heart of FSPA mission: “It’s in our DNA to respond to suffering.”
Audrey’s afternoon session returned to the message that transforming justice is both internal and external by showing a brief video on “Feeding the Wolf.” We each have two wolves within us: one filled with fear and hatred and the other with love and compassion. The wolf we feed is the one that will determine our actions.
In closing, Audrey quoted Dorothy Day: “We can throw our pebble in the pond and be confident that its ever-widening circle will reach around the world.” This led to a poignant ritual in which each participant was invited to select a pebble and throw it into the water of justice. With that, Ashley ended this transforming day with a closing prayer and an announcement of the fall gathering, Oct. 20 to 21, 2017 featuring Sister Lucy Slinger presenting “Franciscanism: The Call of the Cosmic Good.”