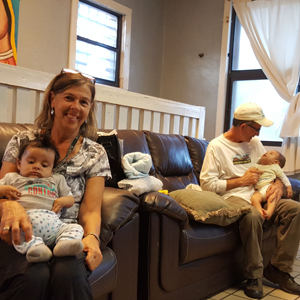 Charlotte Willenborg and Tim Sullivan, pictured throughout with children at Annunciation House, joined the FSPA affiliation community in 2018. Their many national and international volunteer ministries include collaborating to initiate six sister-parish relationships in Shelby County, Iowa, with one in rural Villa Sandino, Nicaragua. They are both active members of the FSPA Affiliation virtual companion community Extension Cords. Click to learn more about our lay affiliation program. 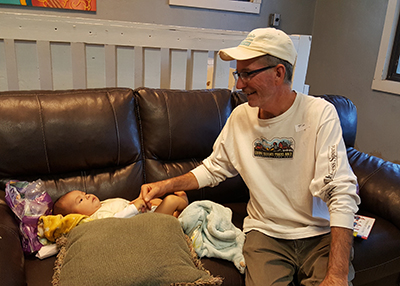 Terrible things, it’s too often heard, happen during a refugee’s journey to the United States: stories of murder, rape, theft, kidnapping and days spent in holding cells. In our ministry of social justice, we have witnessed other depravities with our own eyes: refugees wearing ankle-monitoring devices used to track criminals and families torn apart by U.S. Immigration and Customs Enforcement for no apparent reason; body searches in airports and attitudes of disdain and hate from people who we occasionally encounter in our work. Families traveling together are regularly separated by ICE. Fathers are often placed in detention centers to sit for many months until deported, while mothers and children are released.

These are very real occurrences in a migrant's journey.

But recently, we experienced a different ending to such a human story. We had the wonderful opportunity to work with Annunciation House, an all-volunteer organization serving immigrants and refugees in El Paso, Texas, that temporarily houses refugees and supports efforts to reunite them with their families in other parts of the country. Those who came to Annunciation House typically spent up to three days with us before getting on a bus or plane to rejoin their families. 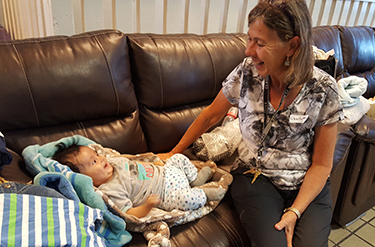 The people we served included a father, mother and their three children separated by ICE, the father with the teenage son and the mother with their two younger children. Each family unit sat in different holding cells for more than 10 days with no idea what was happening to the other. The mother and small kids were then brought to one of Annunciation House’s two shelters, and the following day the father and son were taken to the other. No one knew that the whole family was actually in Annunciation’s care. For some reason, the man and son were then moved to the house where the mother and siblings were sheltered. Imagine the very emotional, tearful reunion when they just happened to see each other in the hallway!

For us, the opportunity to serve people in such need is in itself a small miracle. We are grateful.