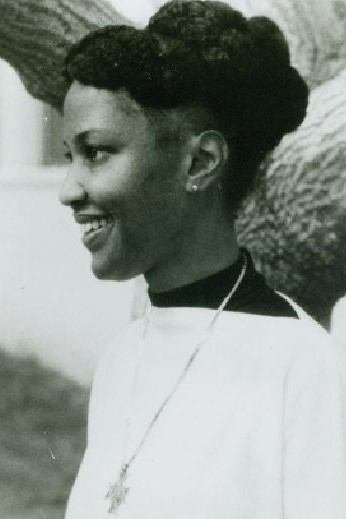 Along the posthumous journey of her ongoing cause for canonization, Franciscan Sister of Perpetual Adoration Thea Bowman’s spirit made a stop at an airport in Atlanta, Georgia. Her legacy of enlightenment for racial equity was literally at hand when Marla Lang, Franciscan Sister of Perpetual Adoration, met Juanita Sims Doty Foundation Executive Director Karla McCullough in Terminal B, Gate 8. By Sister Thea’s omnipresent guidance, a relationship that is “disrupting the dehumanization and racialized trauma of people of color at a systemic level” was forged. The two women share stories of “God’s divine faithfulness and the intercession of our ancestor, Sister Thea Bowman.”

About three and a half years ago, I sat waiting in the Atlanta airport in Georgia for a third and final flight to Jackson, Mississippi, with Franciscan Sisters of Perpetual Adoration Eileen McKenzie and Helen Elsbernd. It was supposed to be the end of a long day. We excitedly shared memories of our dear friend and anticipated the next day. A celebration was to take place in the Cathedral of St. Peter the Apostle in her honor: naming Sister Thea Bowman, Franciscan Sister of Perpetual Adoration, Servant of God — the first step towards Sister Thea’s canonization as a saint!

Taking a revitalizing walk around the waiting area, I spotted a Black woman on her phone. “Ah,” I thought, “I’m going to approach her for a chat.”

“Madam, can I ask you a question?”

Showing her the Sister Thea book I had in my hand, “In My Own Words,” I continued. “Do you know this woman?”

“I’m Karla. My parents are from Canton, Mississippi, where Sister Thea grew up. I work in and around Canton. It’s often asked, ‘What can we do to improve our city?’ Quotes by Thea are commonly the response.”

“Karla, I’m Marla. Could you join me over there with two of my companions? We’d love to hear your wisdom about Sister Thea.”

The conversation we shared became so electrifying that we almost missed our flight! This million-in-one chance meeting was with Karla L. McCullough, Ph.D., in Jackson, missioned to inspire “young males of color in middle school and beyond to honor the life and live the legacy of Medgar Evers as they interact with a ‘village’ of role models and mentors.” She stretches her giftedness beyond Jackson, furthering educational endeavors in Black communities in six states.

After Sunday’s celebration, Karla gave us a tour around Canton. She shared stories of Sister Thea’s companions and the educational influence of FSPA for more than 40 years there. We drove by an empty lot that was once the site of an auction block, an outlet for selling African Americans as slaves. It was not far from Sister Thea’s family home, but I never heard her mention it. I sense, for her, it was beyond pain.

In many ways, Karla is fast becoming another Sister Thea, especially in the mission of race including relations. She is an unusually gifted director. In pre-COVID days she led more than 250 adults in mentoring programs that served over 1,000 middle school youth, providing them guidance, support and a culturally-responsive curriculum. Since its inception in 2012, the program has grown from two middle schools to 19 sites in six states. The results include increased attendance, cultural pride and positive behavior.

COVID-19 and unforeseen circumstances have had a significant impact on JSDF, a major loss of funding and inability to have group meetings and workshops. To cope, JSDF has significantly adapted the curriculum to include mental and emotional well-being and is providing virtual meetings for mentors and youth. Workshops are also being held online to prepare trainers and mentors and to promote community conversations about race and race relations.

Karla is a leader in efforts to create equitable systemic solutions for youth of color. She audibly paints vivid pictures of inequities among races on stages large and small. To support Karla’s work in addressing race inequities, FSPA has given JSDF ministry grants since 2019 and has made a three-year Seeding a Legacy of Healing investment.

Yes, Sister Thea’s giftedness and wisdom are truly amplified by the actions and goodness of Karla and her JSDF partners! 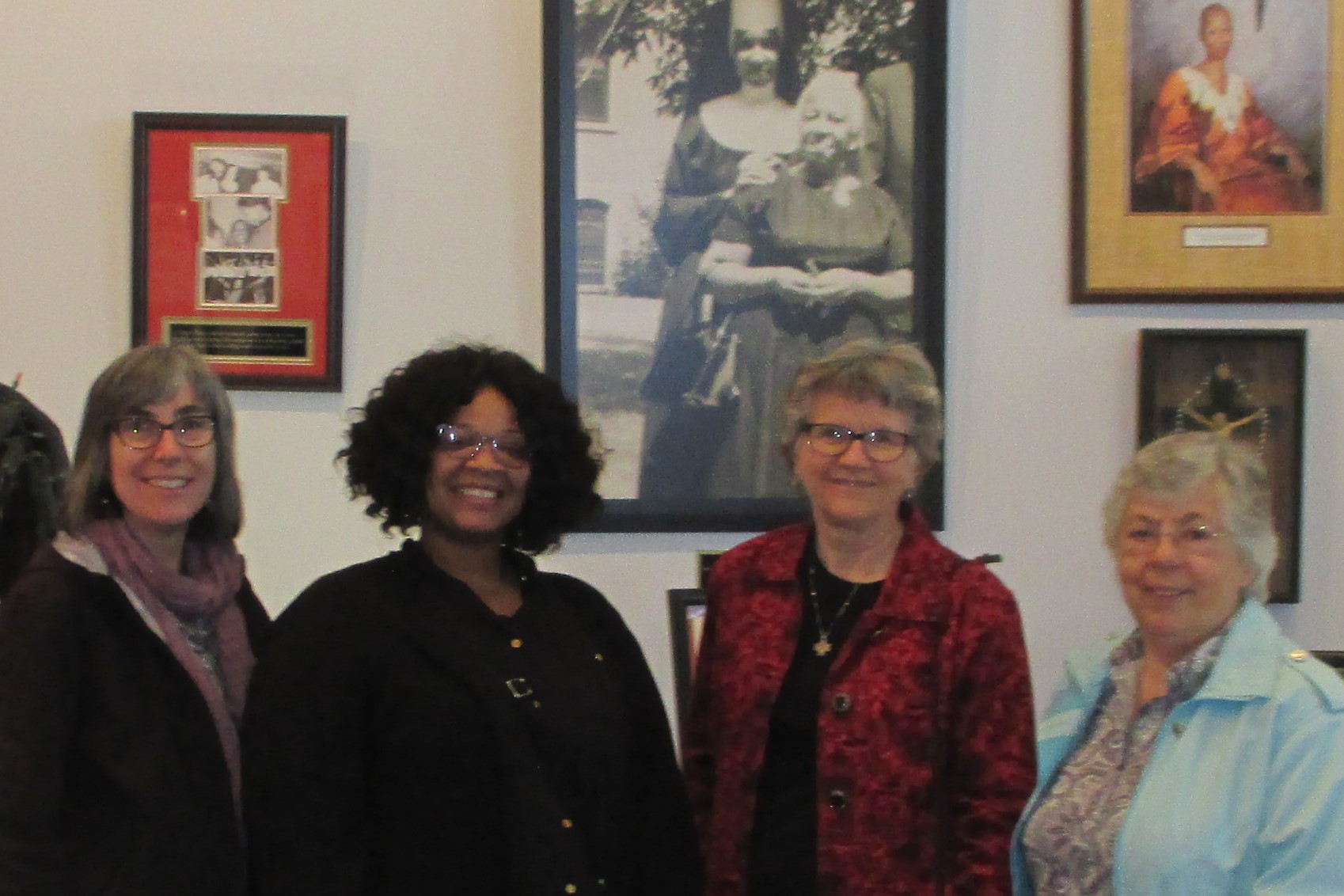 “I know that God is using me in ways beyond my comprehension.” When Sister Thea Bowman uttered these words, she didn’t know that her charism would impact this non-Catholic, Christian, middle-aged, Black and single mom.

In 2018 an unlikely relationship would begin because a kind, inquisitive, mild-mannered white woman approached me in an airport in Atlanta, Georgia — Sister Marla Lang. She showed me a book about Thea and introduced me to two of her friends who shared the same beautiful countenance, Sisters Eileen McKenzie and Helen Elsbernd, all Franciscan Sisters of Perpetual Adoration. We toured Canton, Mississippi, the hometown of Sister Thea, and I knew we would be connected for the rest of our lives. I had no idea how or why.

Soon after, our organization, the Juanita Sims Doty Foundation, would receive grants from FSPA to support our mentoring initiatives. Then the year 2020 happened. Mississippi experienced one of the worst floods since 1983, JSDF loss substantial funding, the world was in the hands of a pandemic, Black people mourned the ultimate dehumanization of a Black man — the death of George Floyd — people of color demonstrated their racial unrest, and I personally faced the deaths of three family members.

When Sister Marla mentioned the FSPA Seeding a Legacy Healing grant opportunity, I was thrilled! Dr. Juanita Sims Doty and I were partnered with Sisters Marla, Helen, Anita Beskar and Meg Earsley to craft a proposal. As we prepared for our first meeting, Marla asked me to do something that would change the course of my work and my life — to present the group with my vision and dreams. The timing was tough. With all that was happening, could I still dream?

I could. I toiled night after night, researching, praying, dreaming and planning. My dream is to be one of the many architects that contribute to the designing and building of a more equitable society for people of color and a better world. I’ve always known it would take building unlikely relationships to get us there. Like Sister Thea said, “Mutual sharing opens the way for ‘points of convergence’ to emerge between strangers.” I dreamed big, and that is exactly what happened.

When we were awarded the funding, I felt joy, relief and gratefulness all at once, crying at least a week straight. This grant would support youth and families we serve, as well as the racial-equity arm of our foundation. The grant and every step leading to it are wonderful representations of God’s divine faithfulness and the intercession of our ancestor, Sister Thea Bowman. I’ve learned that there is eminent value in preparing your dream so that when opportunity comes, you are ready. Because the six of us prepared, I am ready.

I know that this experience and these relationships are the impetus for the additional funding we’ve received from other donors. I’ve been blessed to build flourishing, unlikely relationships, speak before large audiences, write articles and bring awareness to communities that will impact the lives of Black people and change the trajectory of racial injustices. I am grateful for FSPA. I know that God is using me in ways beyond my comprehension.