Greenhouse blessing: tending to the land and its relationships 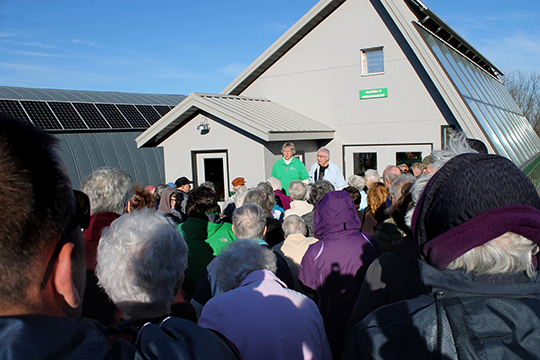 Care of creation and education: two FSPA tenets that converge on the community’s farmland at St. Joseph Ridge. These ideals are rooted in the windbreak full of fruit and pine trees and sown in the soil in the organic garden; instilled from classroom to garden and harvested from garden to table.

Sister Lucy Slinger is the community’s ecological advocate who—with nutrient rich, composted soil under her fingernails and dirt on her knees—has tended to the bounties of the garden since 2007. Produce harvested from early spring to late fall has proliferated annually from less than one ton her first year to more than four this season. Such sustenance is distributed to Villa St. Joseph and St. Rose Convent. This year FSPA began spreading the wealth of nourishment to Viterbo University’s food bank, providing for students in need. 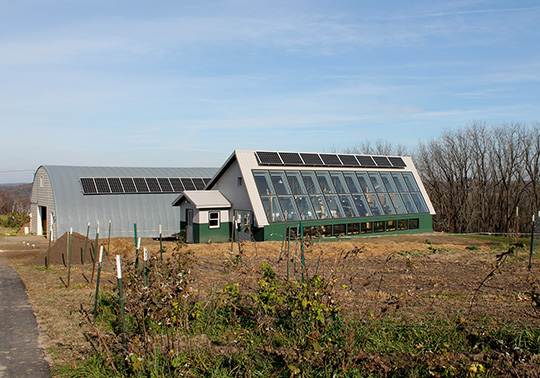 Several years ago during an FSPA Ecospirituality Committee meeting Marilyn Pedretti, an affiliate with a strong voice for eco-sustainability, offered the notion of adding a straw bale greenhouse to the organic garden as food for thought. The concept was initially pursued but didn’t come to fruition. Yet for Sister Lucy the idea just wouldn’t go away and so, in the summer of 2014, “I decided to take a chance to get the greenhouse off the ground.” It did indeed take hold, beginning with an email message she sent to Whole Trees Architecture & Structures (missioned to “grow prosperous relationships with forests and communities”) who recommended several potential green building developers (Driftless HomeWrights being the contractor FSPA signed on to the project). With the support of the Ecospirituality Committee, FSPA leadership and facilities director, a yearlong process of research (including that of Sister Lucy on cold-climate sustainable greenhouses around the world), discussion and design began.

Since then, in remarkable, sustainable fashion, the net zero water and energy greenhouse—solely rain and solar sourced—has come to life and been honored with the name Jacoba’s Greenhouse. Construction was completed with minimal waste (no dumpster on site); even scraps of the locally-harvested lumber were provided to others for use as wood burning heat. Clay excavated from the foundation was used to make the bricks that form some of walls. LED lighting and low-energy consuming fans power the underground heat venting system. Windows, some of them procured from Habitat for Humanity La Crosse Area ReStore, were set low in the design to take advantage of natural ventilation. Raised beds and whole-tree support structures are constructed of moisture and rot-resistant locally-sourced Black Locust trees. The building, 50 feet by 24 feet, is “oriented around our specific location in the northern hemisphere, maximizing solar exposure during winter months and minimizing it in the summer,” explains Sister Lucy. Volunteers, sisters, affiliates and Viterbo students helped provide human power that augmented setup and construction. All inclusive, construction began in November 2015 and concluded with a blessing and open house this November. 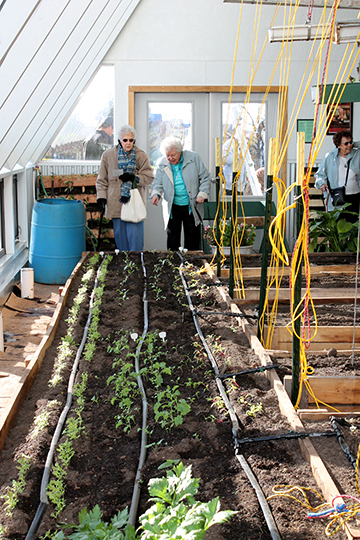 So how does the greenhouse and FSPA eco-sustainability grow from here? “This is still a collaborative research project” says Sister Lucy, “with the understanding that it generally takes about five years to learn how to maximize practices for bountiful winter harvests.” Such sustenance is not only nurtured to provide garden-to-table produce like Swiss chard, kale, tomatoes, cucumbers, spinach and radishes for Villa and St. Rose sisters, but cultivated to model ecological sustainability opportunities to others “and build right relationships between people and Earth.” The greenhouse is designed to function as an educational facility with internships for Viterbo students and volunteer opportunities for all now running year-round. “I hope our hermitage guests, sister, affiliates and volunteers are beckoned inside this building to bask in its warmth and healthful green life,” she expresses, “to brighten the sometimes dreary, cold Midwest winter days.” 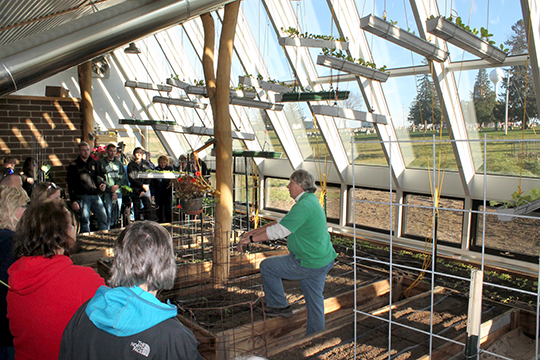 Ultimately, the ecospirituality committee views the greenhouse as “a very public witness of FSPA commitment to care for creation.” It’s a nutrient-rich challenge for Sister Lucy and the community; one that “puts into action the vision created at the 2013 FSPA General Assembly to use this St. Joseph Ridge farmland for sustainability education. We are indeed blessed and exceedingly grateful to have this facility and to do the ministry work we do,” says Sister Lucy, “by the grace of God.