Dialoging Laudato Si’, the Ecospirituality Committee’s self-educational project this past year has been a cosmic conscious conversion over the true purpose of the Villa organic garden project. “It’s all about relationships,” summed up Sister Anita Beskar. And in retrospect as we reflected on the garden project—underway for more than 10 years—we recognized that the tacit goal all along has been building relationships between people, people and the land, and people with the Divine.

Relationship production is no longer a tacit goal of the garden. This tending and tilling of cosmic consciousness is intentional and will be recognized by our naming of the new sustainable greenhouse facility: Jacoba’s Greenhouse. We want to celebrate relationships between Franciscans and laity as we till and tend within and around Jacoba’s Greenhouse. 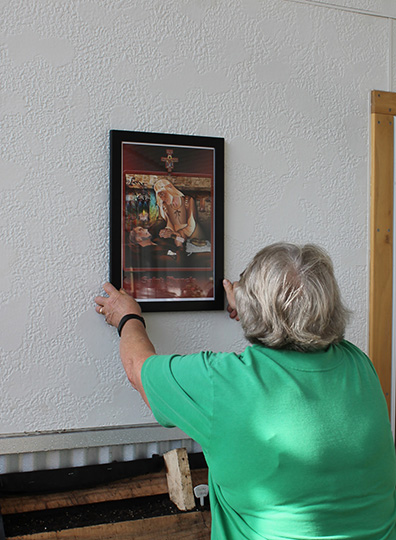 Lady Jacoba, a Roman noble woman, was smitten by Francis of Assisi’s preaching. Jacoba was a mother of grown sons and young widow of means who provided hospitality for the Franciscans when they were in Rome. She shared her wealth and made almond cookies as treats for Francis and his followers. She is said to have visited Francis in Assisi numerous times. Their friendship grew into such a deep relationship that it was she who provided Francis with his burial clothes and whom Francis sought on his deathbed.

Given the cultural norms of Francis’ time, a woman could not stay in a friary with the brothers. So Francis settled the situation by recognizing her as Brother Jacoba and insisted that she be accommodated as one of them. But this is not quite the end of the significance of their relationship. Jacoba desired to give away all her wealth and move to Assisi to become a part of Francis’ followers. However, Francis met her request with resistance and simply stated “You can be holy wherever you are.” So she stayed in Rome, continued her charitable life to her death and is now recognized as Blessed Jacoba whose feast day we celebrate Feb. 8. 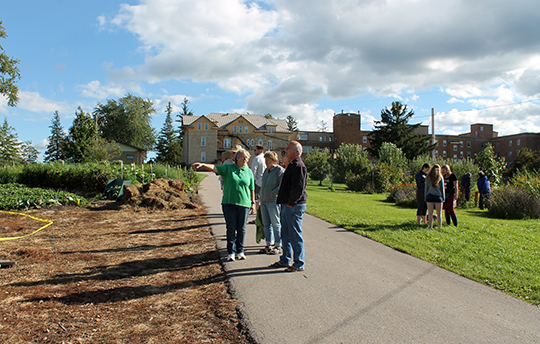 By choosing Blessed Jacoba and Francis as our role models, the Ecospirituality Committee recognizes the right relationships we intend to cultivate through the greenhouse-enhanced garden project.

We will grow relationships between religious and laity that are all-inclusive, challenge cultural boundaries and are rooted in holiness and hospitality (with almond cookie treats) to foster fellowship of people-to-people, people-to-creation and people-to-the-Divine.