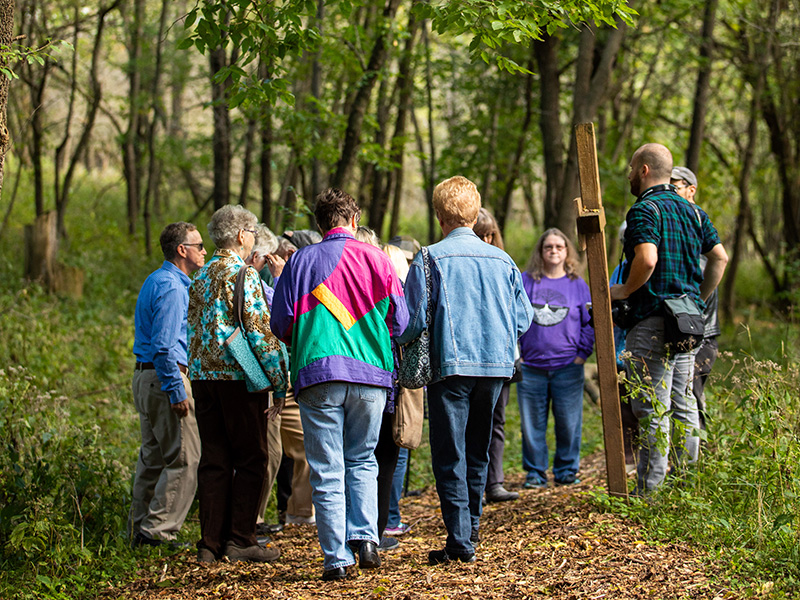 Pope Francis, since the beginning of his pastoral leadership, has been moving the Catholic Church to a synodal approach: addressing universal concerns individually and locally; drawing our attention to the needs of a suffering part of the body of our church. This past October, bishops from around the globe met in Rome for a synod with a very specific focus, “The Amazon: New Paths for the Church and for Integral Ecology.” It called all from around the world to hear the urgent “Cry of the Earth. Cry of the Poor.” It reminded us of our intimate ties to the Amazonian people and to their land.

Little did we know, as Franciscan Sisters of Perpetual Adoration gathering to create a new vision for the congregation in 1980, that we were 40 years early in answering that call. We seemingly anticipated the mission of the 2019 Amazon synod: to care for the earth, near and far, in our backyards and our distant “jungles.” FSPA’s prophetic and inspirational movement all that time ago was generated by the insight and work of a small group of sisters. At the core of their ecospiritual mission was careful discernment of what to do with 70 acres of land in Hiawatha, Iowa.

They fashioned a vision of land use and care for creation. Out of their prayer, study and action, Prairiewoods Franciscan Spirituality Center emerged. Prairiewoods gave sharper focus to the broader FSPA commitment of “going where we have never gone before” and received congregational affirmation all along the way. It was an effort to “let the land speak,” to build ecologically, to provide home and space for people on the periphery. Beyond Prairiewoods, many of our sisters were forging similar initiatives.

Sister Betty Daugherty, one among the women who paved the way for Prairiewoods, was a true champion of Sacred Mother Earth. Even before our congregational awareness, she was voicing what many of us intuitively knew. She was among sisters, friends and supporters who gathered on Oct. 4, 2019, to celebrate Prairiewoods’ permanent conservation easement. Sister Betty affirmed that Prairiewoods would be a place for people “… who wish to deepen their relationship with the Divine … to listen in peaceful silence … to connect with the mystery and wonder of creation as essential to their spiritual journey.” Her death followed two months later. Sister Betty was and will continue to be a lasting witness to the sacredness of FSPA land and mission.

Before Pope Francis’ Laudato Si’ and Querida Amazonia, his post-synodal apostolic exhortation, the wisdom and leadership of the Holy Father was already at work in FSPA’s pioneering ventures. Many other efforts, spurred on by our evolving ecospirituality, continue. Ministries that include the garden, greenhouse, orchard and natural cemetery on FSPA land on St. Joseph Ridge and eco-friendly septic, heating and construction practices for all FSPA facilities attest to such creativity.

What now for us? FSPA direction is to “build bridges of relationships and to stand with all suffering in our Earth Community.” Forty-plus years of effort and commitment reveal yet new horizons. We must look further and reach deeper; where, truly, “we have never gone before.” As Pope Francis challenges: “A strong and sustainable ecology … will not develop unless people are changed, unless they are encouraged to opt for another style of life.”

Father Aaron Devett, a retired pastor of Holy Family Church in Woodruff, Wisconsin, and a current volunteer within the Diocese of Superior, co-authored this reflection with Sisters Marla Lang and Anita Beskar. “As a congregation,” say Sisters Marla and Anita, “it is evident that we gain insight to the bigger picture when we collaborate with a variety of backgrounds, perspectives and giftedness within and beyond FSPA.”