A new sanctuary movement for migrants in Milwaukee

Marge Melton, a member of the Franciscan Sisters of Perpetual Adoration affiliation community, shares the vision of Voces de la Frontera, an organization missioned in part to “strive to create a world … where immigrants can cross borders with dignity … and all families thrive.” The focus of the organization’s work has been sharpened by New Sanctuary Movement, a program through which faith groups are uniting “to defend immigrant families torn apart by deportation.”

These images of faith and equality are clear to Marge. She offers insight into these ministries of justice and peace, with the story of an immigrant and her family who became empowered by the organization and the reason she is dedicated to opening “new dialogue” of human rights and dignity for all. 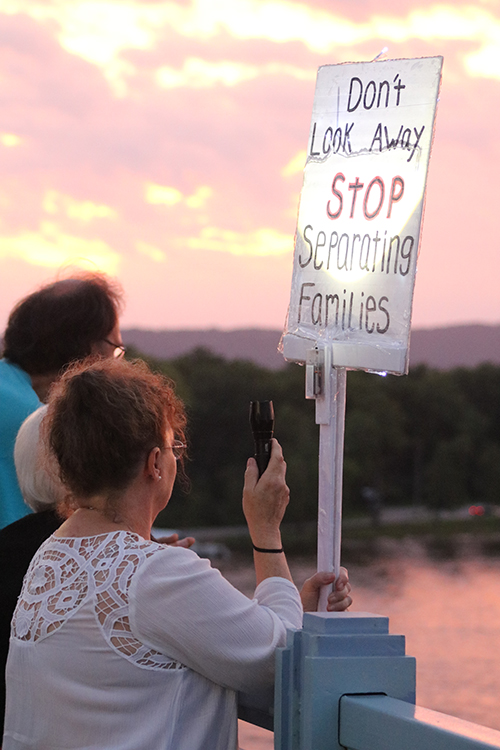 These immigrant families are mostly women and children whose husbands and fathers are detained by U.S. Immigration and Customs Enforcement. They receive assistance for everything from paying legal fees to covering living expenses until their lives stabilize. The organization also seeks to empower the women in these families to take ownership of their lives, to work to change unjust laws and to uphold the dignity of the people who are impacted.

Kristine, whose husband, Joseph, was detained by ICE while they were driving their children to school, is one of these women. Their car was surrounded by ICE officials and Milwaukee Police Department officers who threatened the family. She called the emergency Voces de la Frontera hotline, and two of the organization’s members arrived to record the incident. This encounter started a successful campaign to stop the MPD from cooperating with ICE to detain immigrants. Kristine played an important role in that movement.

I first became involved with the organization through prayer vigils and saying the rosary for those held at detention facilities. With the aid of FSPA, we have been able to provide funding for legal, moral and advocacy assistance , the hiring of an immigration case manager and a statewide rapid response organizer and basic expenses like rent and groceries.

What really inspires me about the movement is the support it gives women to be leaders in the immigrant community and to provide better education for their children while advocating for DACA and equal justice — all with a focus on prayer and spirituality. As an affiliate, this is most important to me. The sharing of scripture is very powerful, and opening up new dialogue between other faiths and groups. It’s spreading our common faith. I truly believe that we can all come together in peace with Christ as the focus of all who believe. 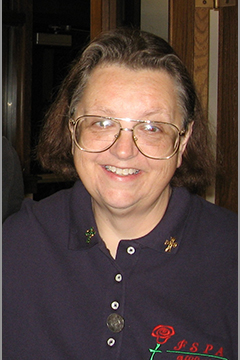 Marge Melton
An FSPA affiliate and member of the Pax et Bonum Companion Community who resides in Milwaukee, Marge became an affiliate in 1993. Among her ministries are serving members of the immigrant community, singing with various choirs, “cheering up people in senior living residences, helping to find Christ in the lives of others — and in mine — and to grow with all in prayer and scripture.”