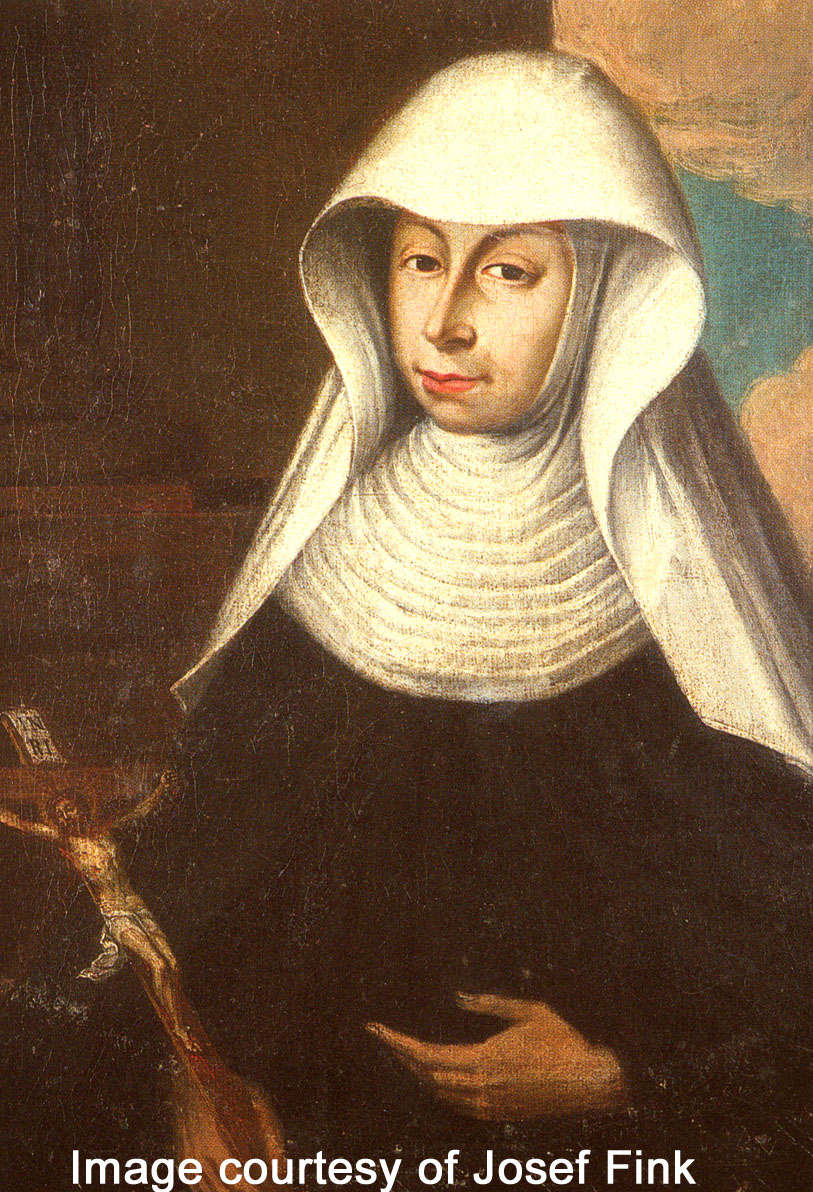 Crescentia's (1682 - 1744) piety was so great that when she entered the Kaufbeuren convent the superior doubted her sincerity and put her to many tests. Reportedly, Crescentia was challenged to carry water in a sieve and succeeded.

Crescentia frequently had mystical experiences, especially after receiving Communion. Often she saw the Holy Spirit and other saints in her visions. Although the visions troubled her, she eventually came to see them as a grace from God.

Even though she was absorbed in prayer, Crescentia always attended to daily needs. She was known for her kindness and hospitality to the poor. As superior, she was a skillful administrator and always insisted on a common-sense solution to difficult decisions. Crescentia took care to ensure that the convent was a cheerful place; humor and warmth were always a part of her directives. 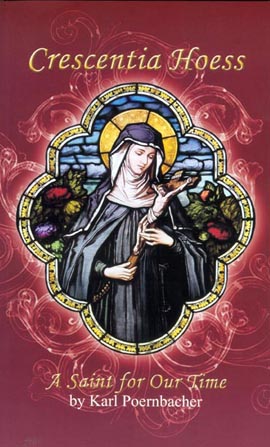 As Crescentia became known in her region, she began receiving requests for advice from priests, aristocracy and women of all levels in society. Her responses always stressed the need for prayer but also encouraged the petitioner to do everything possible to resolve the issue. For her part, Crescentia offered useful advice to the petitioner.

Throughout her life, Crescentia had a special devotion to the Holy Spirit. She envisioned the Holy Spirit as neither man nor woman, but as a youth dressed in a flowing white gown. Her vision was painted in 1728 by Joseph Ruffini. Crescentia's hope was that the Holy Spirit would be more accessible if seen in a human form. With the kind permission of the German publisher, Josef Fink, and the author Karl Poernbacher, Saint Crescentia's story has been translated into English. The 40-page book includes color photographs of Crescentia, her vision of the Holy Spirit, and the convent in Kaufbeuren.

As summarized from Crescentia Hoess: A Saint for Our Time, by Karl Poernbacher; Translated by Sister Clara Brill, FSPA, Ursula Blank-Chiu; Edited by Sister Alice Kaiser, FSPA, and Sister Grace McDonald, FSPA. To order a copy of the book, visit FSPA Books, Video and Art.