The Making of a Saint - and Nerviness 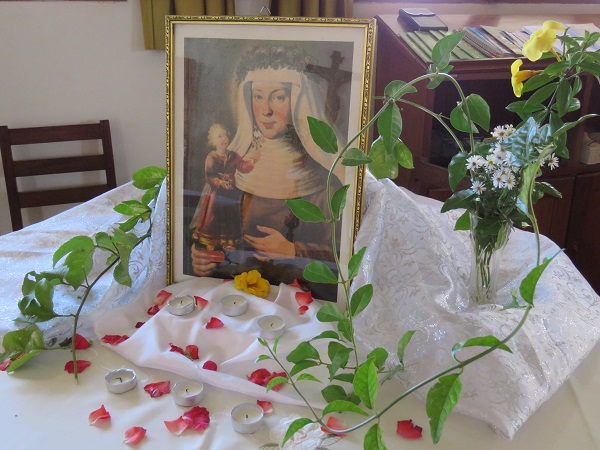 Today is the feast day of Madre Maria Hueber, the founder of the Tertiary Sisters of St. Francis, the sisters I am living with here in Bolivia. They have provinces in Austria, Bolivia and Cameroon. Madre Maria seemed to be a simple woman who accomplished miraculous things devoted to free education for children as she had the gift of prophecy.

The sisters here created special displays for the venerated sister, one in the dining room and one in the chapel. I appreciate so much that they used cuttings from the plants in the garden. It's such a simple but beautiful expression of Franciscan simple living. There are candles and lovely fabrics that grace the places. Last night for the solemnity we had some time in Adoration and today we had a feast of "Chancha" (roasted pork) at lunch and read a special prayer for her day after, which I was lucky enough to get to read.

It is my turn to lead pray 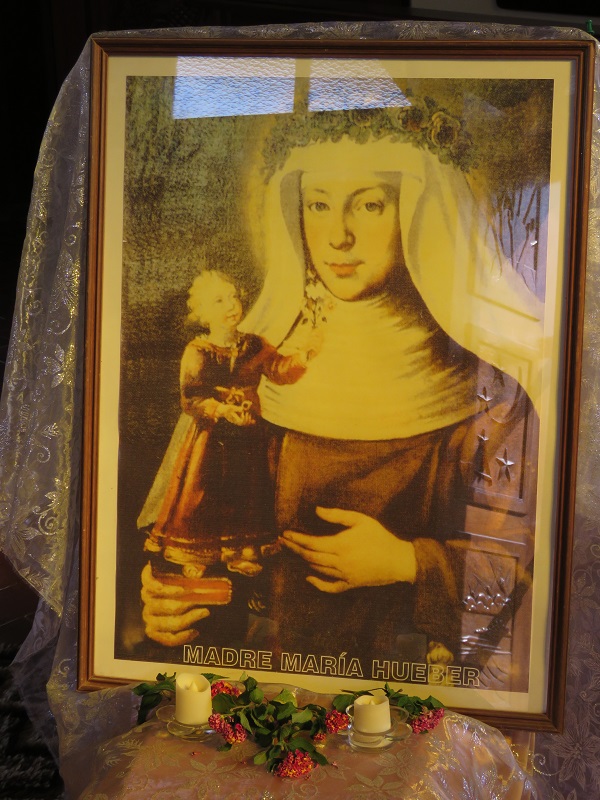 ers this week. I tried to talk them out of it, but they wouldn't budge. I guess that means if I make mistakes, they only have themselves to blame! Just kidding, I have been practicing and preparing, but considering it's entirely in Spanish, that complicates things for me and my language capacity. It's a good challenge though, and I am confident that the sisters will help me with everything as I need it. As a matter of fact, I started last night, and I mixed up the order of things for Adoration, which at times they ignored and when needed, started a prayer when I began doing something else. I appreciate they're guiding help and willingness to be patient as I lean into this good - but nerve-wracking - time.

Since it was the Solemnity of the Feast of Venerable Madre Maria Hueber, I decided to ask her to put in a good word for me, and interestingly, the readings and prayers I had to say solo went very well. She is being considered for canonization (becoming a saint) and I think that my saying the prayers and readings well should count as a miracle and cause toward furthering her in the process!

Knowing that each day I have four prayer times in the chapel, two meals at which to say grace (at the beginning and end none-the-less!), a rosary, Adoration and one reading after lunch, I probably could use a lot more intercessions for help with this important task with the sisters. Did I mention it's entirely in Spanish? In other words, please pray for me! Muchas Gracias!

Perhaps create a little silent prayer, you always say to yourself before beginning each thing. Or maybe say it out loud if you want everyone to laugh with you, and lighten the mood.


I'm glad you are getting these opportunities, even if nerve-wracking for you! Keep it up, Meg!