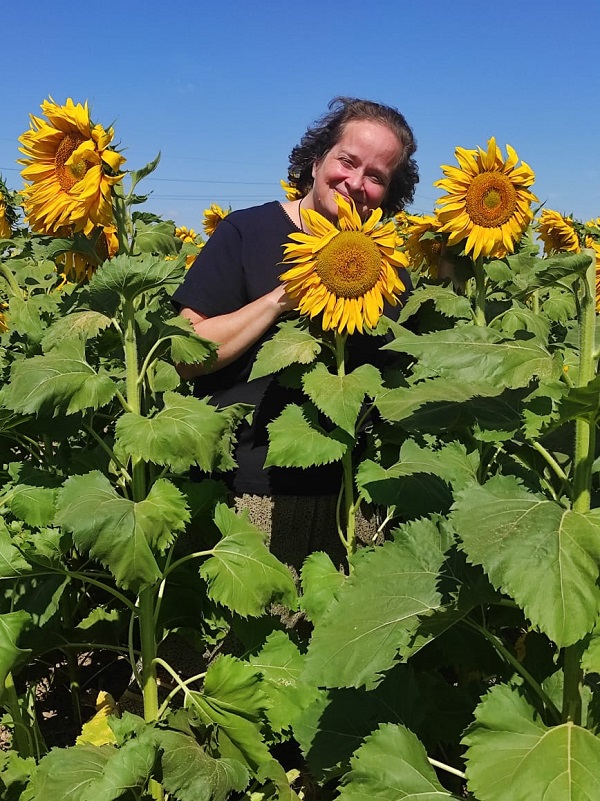 ¡Qué alegría! What joy! This phrase sums up what I have been feeling over the last 4 weeks. There have been so many reunions and celebrations, I wasn’t sure how I could possibly describe these times, but I think the small-phrase sums it up nicely. (I also couldn’t decide on which photos to include this time so here's a joyful photo of me in a bunch of sunflowers, which Sister Yanira took on our way to Ascención.)

Thank you to everyone in the United States who joined me for a bit of time, whether it was the Assembly of 200, the joy-filled wedding, dinners to celebrate and catch up, card playing or just a short conversation. It was a time rich in love and blessings for me. ¡Qué alegría! For any I missed while I was there – we’ll have to get together the next time!

When I arrived back here in Bolivia, I was once again covered in love and blessings. Do you know those great big hugs that make you feel like you’re really special? I got lots of those, it was great. Since I arrived here in Ascención in the afternoon, we had tea – with handmade empanadas con queso (bread pockets of cheesy goodness) courtesy of Madre Martha and her sister! After dinner, we enjoyed great conversation, gifts from US friends and Limoncello, a very special treat made by the sisters, as a perfect finale to the day. ¡Qué alegría!

Comparison is the thief of joy. - Anonymous

I have been reflecting lately about a temptation I had at times during these weeks. As I was in the United States as well as when I returned here, I found myself comparing the two places. I think it’s natural to do, but for me, it tends to lead to trying to pick one that is the “best.” It’s like when you have chocolate cake or ice cream and you can pick only one, you have to pick which one is best. Of course, that’s a terrible example because I would find a way to have both!

I think though that most things in life don’t require a judgment like that. For instance, I don’t need to compare my experience in Bolivia to my experience in the United States. I don’t need to decide which place is better, or which one is worse because life isn’t about that. My joy is seeing the beauty and gift in both and seeing the love of God in the center of it all. When I do, I am filled with overflowing love and gratitude. ¡Qué alegría! 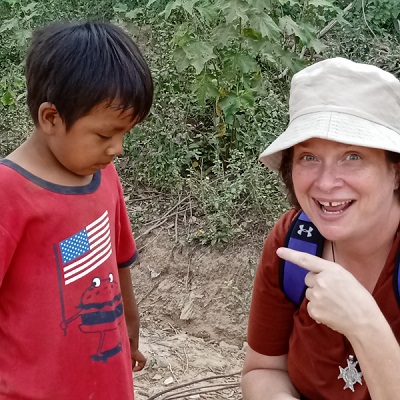 Happy forth of July to everyone back in the United States!

I celebrated a little differently today. It was my first walk in the neighborhoods with Sister Yanira since I returned. We spent the morning visiting families with invitations for help from Santa Clara’s Nutrition Center.

We were met by this boy about halfway through. He didn’t even know it was Independence Day in the United States but was dressed for it nonetheless. He was all business in bringing us back to his house, calling to his mom and introducing us.

What a great message. Thank you! Glad that you are happy in both places?


I love the photos - your joy is contagious Sister Meg!