Thankfulness, flaming rolls and the illusion of perfection

Americans are hungry to dine on the tradition of Thanksgiving next week. It’s a race to the table as young and old vie for the seats closest to the food of their dreams. The stuffing. The cranberries. I especially look forward to the fluffy mounds of mashed potatoes and homemade rolls—carbohydrate bliss! While visions of these perfect dishes dance in the heads of guests who’ve arrived, the cook may be fretting over the marshmallows on the sweet potatoes and battling against lumpy gravy. What happens if the turkey is inedibly dry? Should we all go home? In focusing mostly on the beautiful, bountiful food, is the purpose of the gathering lost on idealism and expectation? 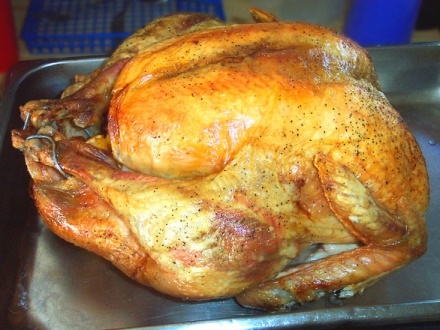 This question conjures one of my favorite Thanksgiving memories: the year my aunt nearly burned the kitchen down. Somewhere in the hurried process of transferring rolls from the oven to a paper grocery bag (in which she put them to keep them warm—do not try this at home!) part of it touched a burner on the stove and a fire broke out. The flames that shot through the kitchen were matched in height only by the screams of those in harm’s way. Logic was lost as my aunt created more oxygen by waving the bag to put out the flames. The fire was eventually extinguished and a gush of relief and laughter took its place. While the rolls were burned—resembling nothing like the golden brown expectation we all had come clamoring for—they were still good. And the heroic effort to put them on the table made them taste even better.

Sometimes in discernment, when visiting different congregations, we carry with us notions of ethereal utopia. (Perhaps sisters in the convent that float through the air rather than walk with their feet on the ground?) Yet observing the real, making those moments matter the most, requires leaving your illusions at the door. Letting go of the idea of perfection can also be freeing as you evaluate your own feelings about who you are and why God calls you to discern religious life. Open your Bible and read the stories of Moses, Jeremiah, Elizabeth, Sarah, Peter and others. God called on the most unlikely people to accomplish great tasks. And each person had to let go of their own perceived weakness to let God lead them to the next steps in their lives.

When you visit a community, ask the members about their vocation stories and the ups and downs they’ve experienced. Look past the image of a sister you hold in your mind and take in the reality of the person who’s sharing the gift of who they truly are with you. (Click here to "Meet Our FSPA Sisters.") Ask how it is that they seem to remain joyful on the natural roller coaster ride that is life while living as a woman religious. You might find (as they most certainly do) that the deepest spiritual lessons we learn come from the realities that don’t resemble the superlative.

What expectations do you have about the vocation you’re discerning?

What illusions do you carry that are holding you back from knowing the truth?

Nice preparation reading for this year's celebration and gatherings.