MCHS breaks ground for a new hospital in La Crosse

"It shows the confidence that Mayo Clinic has in being in the Coulee Region and specifically, La Crosse," stated Mayo Clinic Regional Vice President Dr. Paul Mueller when he, Franciscan Sister of Perpetual Adoration Eileen McKenzie and other community leaders donned hard hats, grabbed shovels and broke ground on which to build a new hospital on the La Crosse Mayo campus Tuesday, April 12. 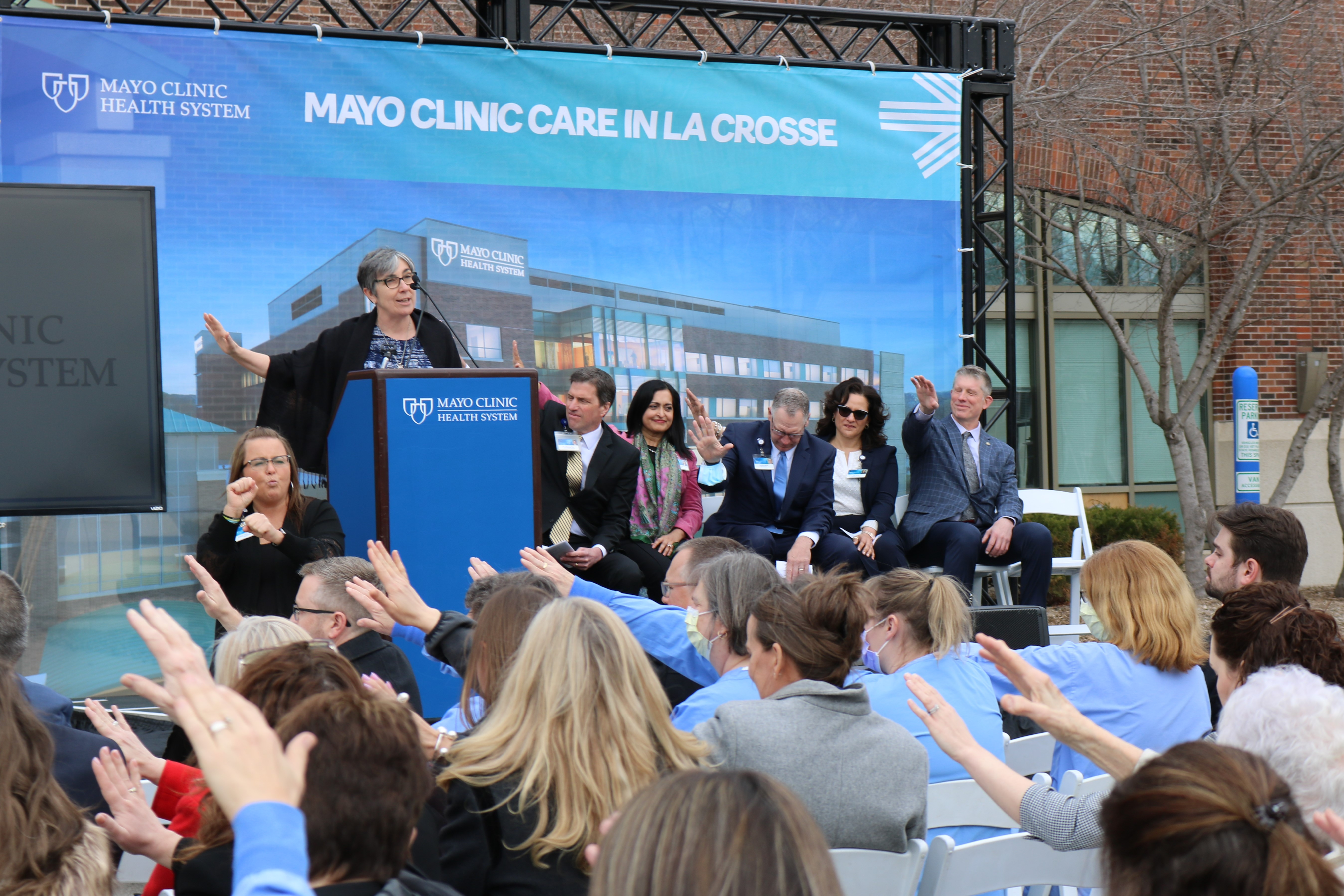 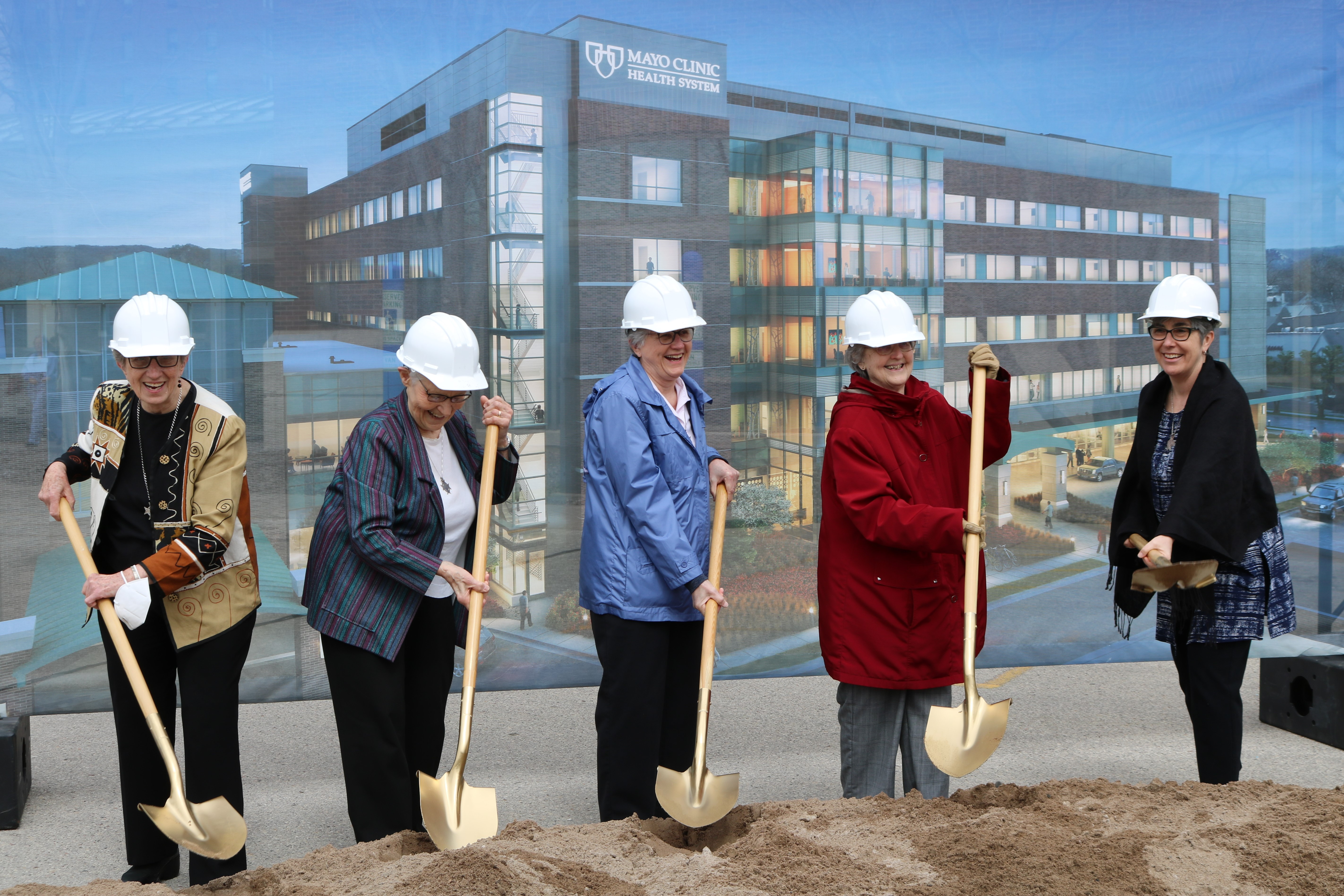 Also addressing the crowd gathered at the building site — ancestral and sacred land of the indigenous peoples — was Ho-Chunk Nation President Marlon WhiteEagle. He was quoted in a WXOW News Channel 19 report of the event: "They have a lot of good core values that they incorporate in their healthcare and for me, it was easy for the Ho-Chunk Nation to get involved."

According to La Crosse Tribune, the "$198 million, 290,000 square foot construction project is the largest in Mayo Clinic Health System history."

Learn more about the groundbreaking ceremony, the new hospital that will include a family birth center and it’s intended impact on the La Crosse community at wxow.com, lacrossetribune.com and WIZM News Talk.