Catholic Sisters from six congregations join for time in formation

Franciscan Sister of Perpetual Adoration Corrina Thomas notes that “networking is the name of the game for the religious life of tomorrow; you can’t do it alone.” Sister Corrina, pictured above, is serving as co-director of the InterCongregational Collaborative Novitiate in Chicago, Illinois, with Sister of Charity of Nazareth Nancy Gerth. 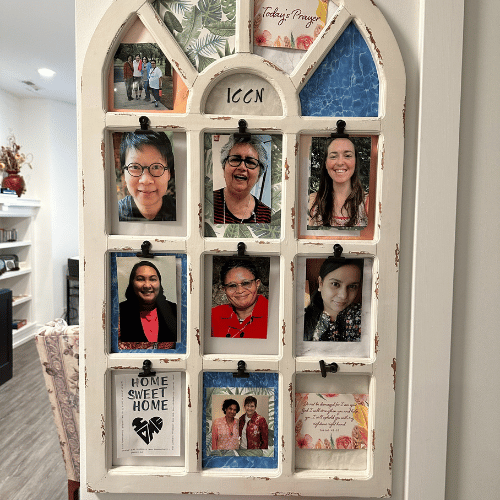 The novitiate phase is a time when the woman has been formally accepted within her congregation; she has completed the pre-novitiate earlier stages of initial formation. Often, if the new sister stayed in their own congregation for novitiate, they would have been alone. By joining the Intercongregational Collaborative Novitiate, they live and mix with their peers.

Inside their space, the co-directors in one apartment and the novitiates in another, there’s a warm, welcoming environment with areas for gathering and for prayer. 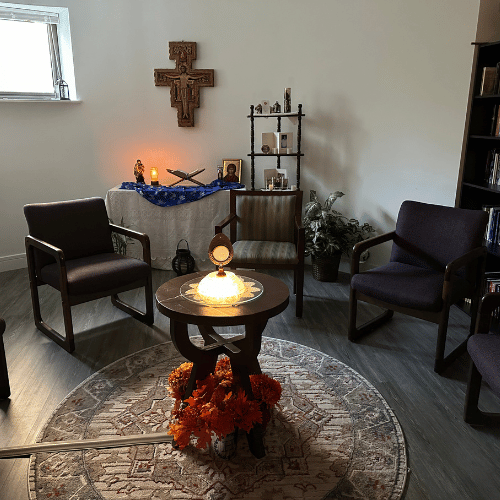 We visited on a Wednesday which is a day for quiet reflection for the sisters in the program. Other days of the week are spent volunteering in ministry places like Bethany House of Hospitality, offering housing and support to young immigrant women, and Kolbe Prison Ministries. Intercultural immersions are a priority and because of the richness of diversity in the area, the women attend Chinese Mass, visit the Hispanic Museum and attend worship service at KAM Isaiah Israel, a transformative Reform Jewish community. Sister Corrina talks about the program’s richness in this brief interview:


The collaborative is offered on an academic year, August through June. At the end of the program, the sister begins the next step in her formation with her congregation. “It’s very important that as co-directors, Sister Nancy and I are together in the mission and vision. We don’t want to create a Pollyanna relationship here; it’s real. And when issues arise, we teach communication skills to separate people from problems.” Sister Corrina also adds that “this was a dream and one that continues to grow. We need to think bigger; I’m thinking bigger. We hope to grow and become a sacred space for formation that is all about being relational, multi-dimensional and inter-cultural.”

And about her hope for women considering religious life today, Sister Corrina offers “you’re going to be leaven in the dough to bring about change. Be courageous. We need you.”

More from Chicago area sisters
The FSPA Communications Team visited sisters in the Chicago area. We also caught up with Sister Kristin Peters, who volunteers with Above & Beyond Family Recovery Center and Food Pantry, and Sister Julia Walsh at The Fireplace.