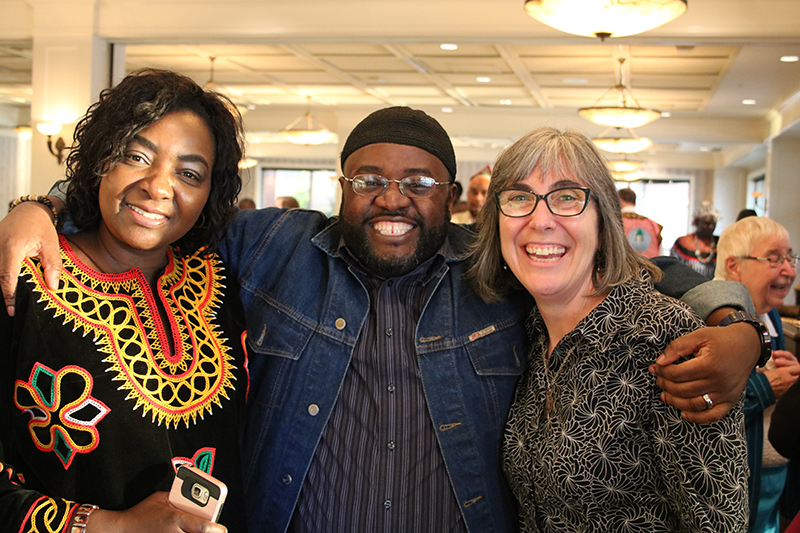 “We organized this event, “La Crosse’s Sister City in Crisis, Take Action for Peace in Kumbo,” for reasons that might seem unreal to many of us,” facilitator Sister Eileen McKenzie began as she opened the gathering on April 25 in La Crosse, Wisconsin. “We are here to learn what is happening in Kumbo, Cameroon, La Crosse’s sister city, and the violent political crisis it is currently enduring. We are here to discern why this crisis — a half a world away — matters to us. And we are here to call for action from our government and the international community to increase efforts at de-escalating violence in the region and take the lead in facilitating dialogue that will lead to a peaceful resolution of this crisis.”

To the 100 people gathered in person and to an audience streaming the event online, Sister Eileen added that, “Our La Crosse relationship with Kumbo dates back more than 20 years, when two Franciscan sisters, one from Wisconsin, the other from Cameroon, met in Assisi, Italy.” Their encounter birthed the Franciscan Common Venture, a partnership between four Franciscan congregations of sisters that led to over 20 years of spiritual exchanges in circles all over the world. “Our relationship with our Tertiary Sisters of St. Francis led to a network of relationships, including the La Crosse Friends of Cameroon.”

Throughout the evening, guests heard from Lee Rasch, one of the founders of Friends of Cameroon; Banila Ladze and Shufai Valentine Mbinglo, members of the Bui Family Union (an international organization of Cameroonian citizens from the Bui region, where Kumbo is located); Wisconsin Representative Ron Kind, a member of the Tom Lantos Human Rights commission; and recorded dialogue between Mayor Tim Kabat of La Crosse and Mayor Njong Donatus of Kumbo.

“When the people of La Crosse take time to listen to the plight of their fellow people in their sister city, that tells us that the core essence of family is truly in play,” said panelist Shufai Valentine Mbingo. “It is a special family that looks out for each other. What we are looking for is a peaceful solution to what is currently an atrocious genocide in Kumbo. It is a nightmare.”

All guests, in person and online, were encouraged to sign a petition to de-escalate violence in the Western regions of Cameroon. More than 200 signatures were collected and forwarded to U.S. Secretary of State Mike Pompeo. Town hall efforts and action — actions for peace — will  continue through La Crosse Friends of Cameroon and Discerning Movements - FSPA Cameroon Network. 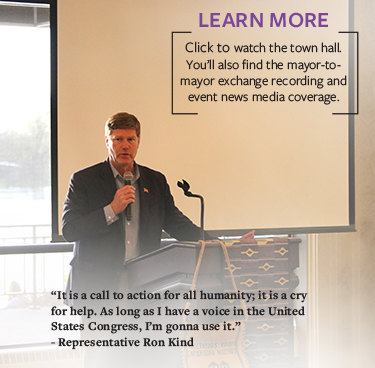