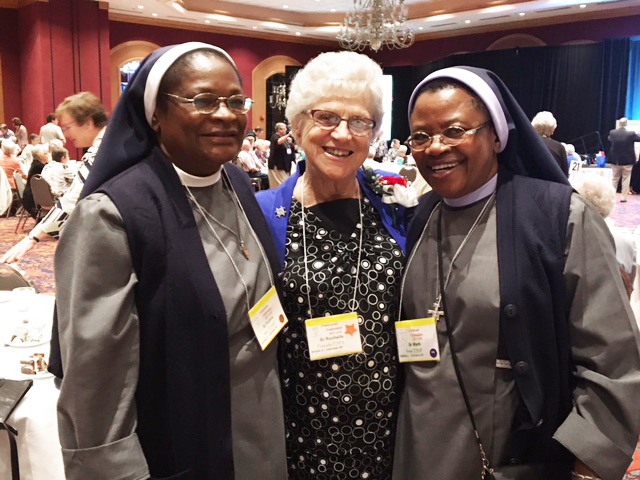 Rochelle Potaracke, FSPA, “a Franciscan who embodies the best of our teaching tradition … the values of being incarnational, personal, communal, transformative,” is the recipient of the 2017 Franciscan Federation Award.
Themed “Bonaventure’s Journey Into God: Franciscan Inspiration for the 21st Century,” the conference (and banquet to honor award recipients) was held in Buffalo, New York. FSPA leadership named Sister Rochelle as the recipient for her personification of the aforementioned qualities as well as her mission “to educate and mentor the future teachers of the world.” Said Sister Rochelle, “I accept the honor for all the other wonderful teachers that our community has sent forth throughout the years.”
Attending the banquet with Sister Rochelle were Sisters Sue Ernster, Catherine Kaiser, Corrina Thomas and Lisa Zmuda, and Tertiary Sisters of St. Francis Mary Mark Verjai and Fatima Nkuo. 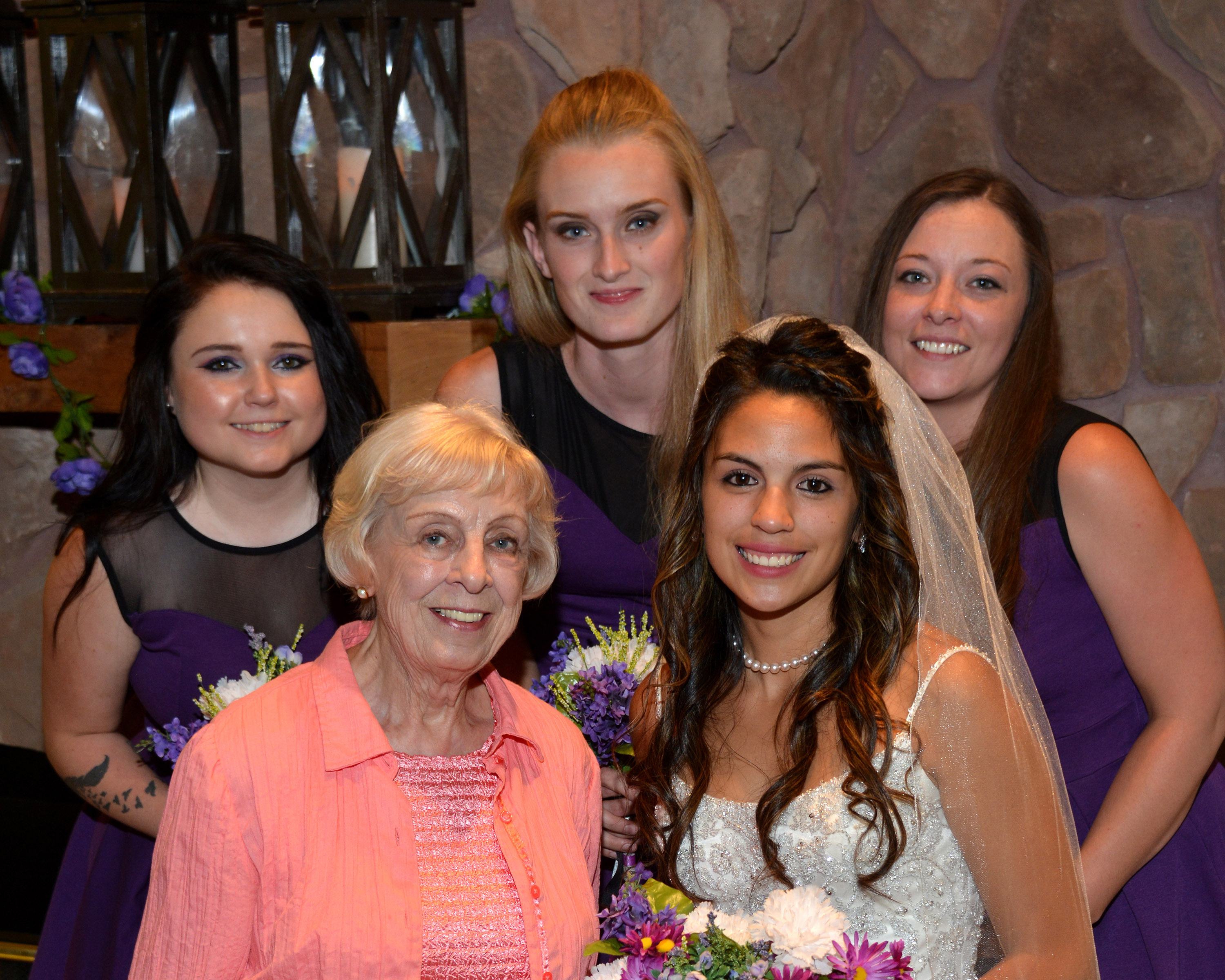 “We couldn’t do it without you,” reads a certificate awarded to Joanne Moeller, FSPA, by the Sisters of St. Francis. Sister Joanne received the honor for her work as “outstanding director of the Stonehaven Event Center,” a venue for weddings and other milestone events and part of the Franciscan Retreat Center in Colorado Springs, Colorado.
Sister Joanne’s award came with the recognition of “creating the new ministry,” one that served 24 weddings and 29 other special events in 2016, “and making it successful.” In turn she said of Stonehaven, “We’ve ministered to a new group of clients who we were able to touch with Franciscan hospitality and joy.” 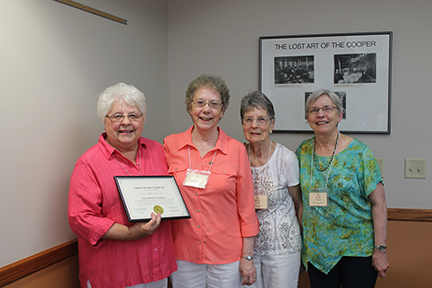 The La Crosse Area Church Women United presented its 2017 human rights award to Marlene Weisenbeck, FSPA, at its human rights celebration themed “Kindling New Fires of Hope” in La Crosse, Wisconsin.
Two years ago, the group invited Sister Marlene, founding member of the La Crosse Task Force to End Modern Slavery, to speak about human trafficking. Her presentation moved the group to action. With Sister Marlene, they developed a training program for La Crosse-area hotel managers and are collaborating with New Horizons Shelter & Outreach Center’s human trafficking coordinator to ensure training for each facility.
Thanking Church Women United for the recognition, Sister Marlene honored the survivors she has met. “For the woman released from jail looking for a safe place to go, thank you. For K.N., born into a fundamentalist cult and forced to marry at age eight, thank you.”
The La Crosse Area Church Women United began its human rights celebration 12 years ago as a way to begin to make connections and link individual dignity with mutual destiny for people. Sister Eileen Lang serves the organization as president-elect and Sister Karen Flottmeier as member, having served as La Crosse president and state treasurer in the past