The Postville Summons as a chance to reconnect with my roots

Much like the date September 11, 2001, and its horrors remain memorable to our nation, I’ll always remember May 12, 2008. Although no major landmark fell — and thousands of people weren’t killed — terror, violence and injustice ripped a community apart.

I don’t recall what I was doing on May 12, 2008, but I do remember my gut and throat aching with sorrow and fear when I learned that hundreds of people were arrested in an immigration raid at Agriprocessors in Postville, Iowa. That’s just 10 miles away from where I grew up. 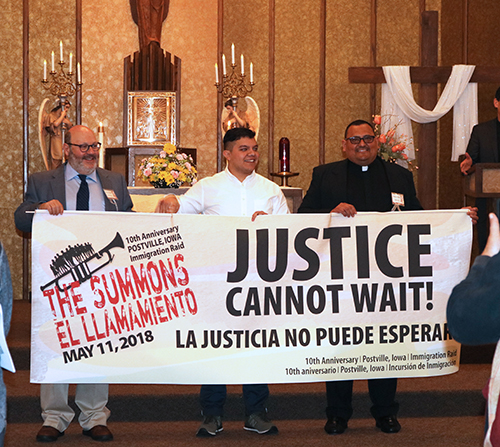 When I was a teenager in the 1990s, Postville was part of my parish cluster. I attended Mass there regularly and prayed alongside immigrants from Guatemala and Mexico who moved to the community to work at Agriprocessors, a kosher meat packing plant in the town of 2,200. As it grew into a more multicultural community, it was studied for its sociological distinctiveness; I was thrilled with the way that my neighbors enriched my life with diversity.

Diversity, though, doesn’t come easy to a community not prepared for change. Some were hopeful. Speaking about Postville in the “When Cultures Collide” documentary, Stan Looney remarked, “Our town is not dying no more. It’s not exactly what everybody wanted, but there is a vitality to Postville. You see people walking. You see people talking … I know Postville is going to survive. It’s not going to just dry up and be gone.” 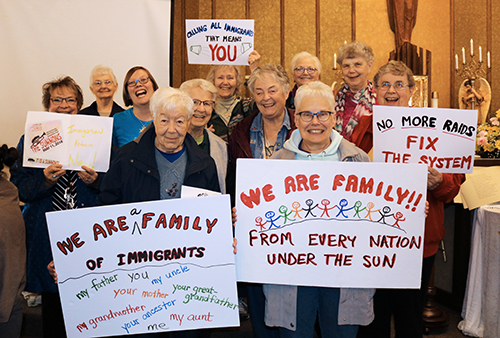 I suspect that Stan and others were shocked and horrified when their quiet town was invaded by hundreds of Immigration and Customs Enforcement agents that May morning. Within hours, 389 Agriprocessors’ employees were shackled and bussed to the National Cattle Congress grounds in Waterloo, Iowa, where most faced criminal charges, detention and then deportation five months later. It was known that many of the town’s newcomers were undocumented and that not everyone was eager to welcome them (even though our Christian duty is to love our neighbors without judgment).

At the time of the raid, Jeff Abbas was the manager at KPVL radio station. He quickly got involved, serving as a liaison to the national press, keeping St. Bridget’s Catholic Church informed of the news and discussing updates on the radio. He helped organize a food drive to assist the hundreds of people now out of work and hungry.

Jeff’s actions were in conflict with KPVL’s board of directors, made up of local business owners including directors at Agriprocessors. Jeff remained faithful to the truth and spoke on the air about turmoil and injustices. Within months Jeff lost his job, his truck and his home. He spent a long, cold winter living alone in a dome house in the woods, eventually moving an hour away.
Before attending “The Summons” event commemorating the 10th anniversary of the Postville raid on May 11, 2018, I spoke with Jeff. I asked him how he sees Postville now and what it is like for him when he returns to the town. “I see vacant looks in the faces of the kids,” he said. “The houses are being torn down and Postville is an empty shell. Less and less of the traditional Postville residents live there. Many have moved away. There isn’t a café anymore. The grocery store is hanging on by a thread. Most people have given up. They’ve been broken.”

Returning to St. Bridget’s Catholic Church during “The Summons,” I remembered my experiences praying in the church decades ago as a teen. I reconnected to my roots and the constant Franciscan call to conversion. I was reminded of a statement made in the “When Cultures Collide” documentary: “small towns need to adapt to survive.”