Viterbo University has added a new garden honoring FSPA. According to Jim Salmo, vice president for advancement, “We had approximately 130 donors who gave varying gift amounts toward the garden. The response has been nothing less than remarkable and uplifting. We intend to have a sign at the entrance of the garden recognizing lead gifts, and at the dedication we will present the FSPA with a memory book of all who donated.” 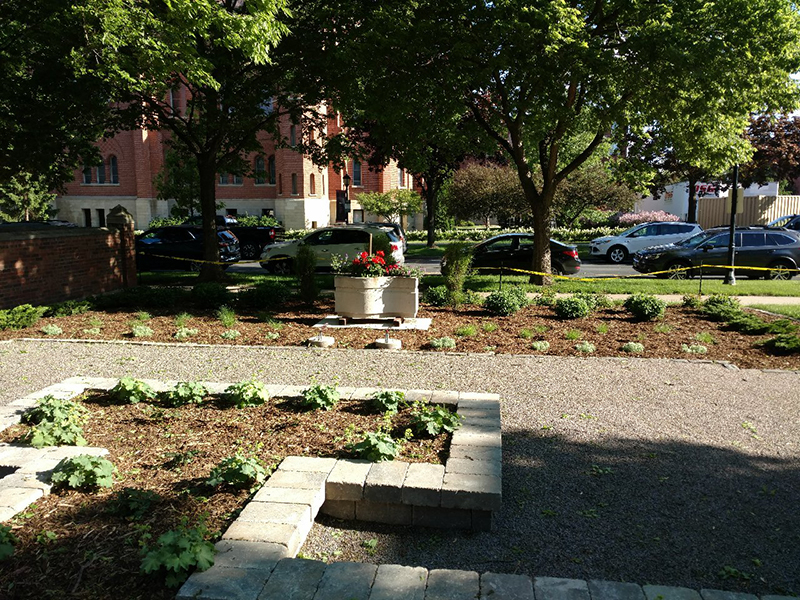 The flower bed at the head of the garden, pictured above, is dedicated in memory of Sister Genny Morrissey. A plaque will be placed prior to the dedication, tentatively planned for August 2020.

According to Jim, lighting will be installed all around the garden, and there is a long-term plan to add a brick wall featuring a relief of St. Rose Convent. 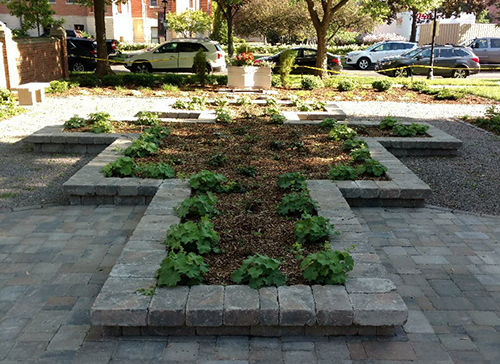 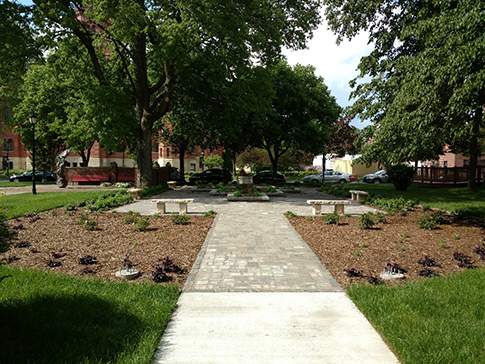 Sister Laurie Sullivan renewed her vows May 18. She was originally scheduled to profess final vows on May 30, but that is now postponed until September 2020. Sister Laurie was joined by the FSPA Leadership Team and via Zoom, many FSPA, family and friends. 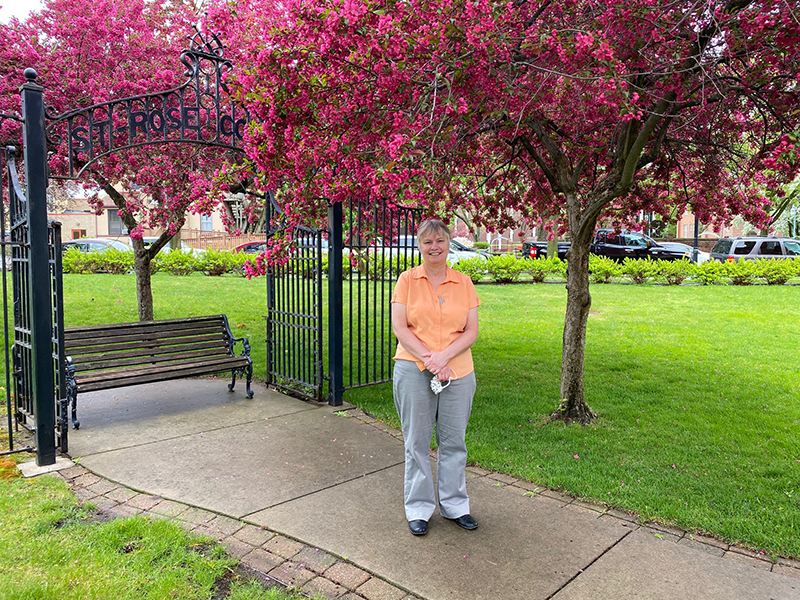 FSPA, committed to unveiling white privilege, released a statement of action following the death of George Floyd. “I’ve seen a lot of people post Bible quotes and prayers asking God to heal our world,” says Franciscan Sister of Perpetual Adoration Sister Laura Nettles. “I think that is great, but I offer a clarifying reminder. Prayer requires a two pronged approach. In praying for healing, we must ask God to specifically change our hearts (the one who is praying, not some abstract other), and then we must act out of that changed heart. Our world will be healed when we, with God’s providence, heal the world.” Read the full statement.

And on June 5, Sister Eileen McKenzie was invited to offer a prayer during White Coats for Black Lives hosted by Mayo Clinic Health System in La Crosse. 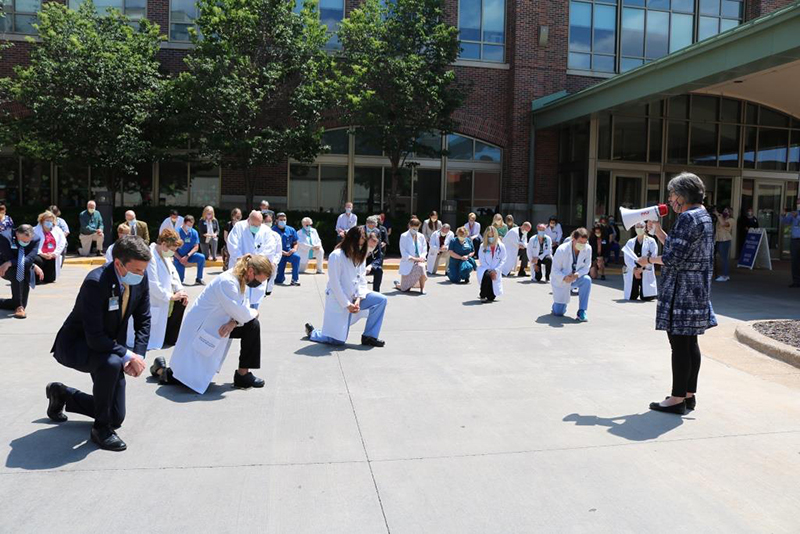 Dr. Abigail Stockholm responded after the event with this message: “Thank you, Sister Eileen, for sharing the moving prayer today at the White Coats for Black Lives gathering. Thank you all for your presence, in person and in spirit. We appreciate your work toward social justice, efforts against racism and every form of harm against humanity, and all that you do to improve the well-being of every person who lives in communities. Looking forward to working together and improving the world through living our RICH TIES values – and proceeding in our endeavors with a combination of empathy, knowledge and action.”

Also in June Presence:
Extension Cords Companion Community: presence at a distance
A common thread: environmental justice, current ministries and a pandemic
COVID-19: ‘will we ever know how many have succumbed to this virus?’
Sisters take to the air to invite discernment with FSPA
Refreshed website offers visitors new opportunites