Four new affiliates have joined together with the Franciscan Sisters of Perpetual Adoration, giving new voice, presence and spirit to many ministries, one mission. 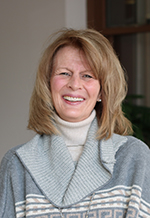 Kim Lenth
Wellness. This state of being in health and spirituality is what connected new affiliate Kim Lenth to FSPA. Receiving care at Integrative Therapies after undergoing radiation and chemotherapy treatment, she met her companion, Sister Eileen McKenzie. “Sister Eileen was incredibly supportive as I healed.” Their friendship led Kim to partake in offerings at the Franciscan Spirituality Center “which encouraged me to look deeper into my life and faith. I had experienced a deepening in my relationship with God during the months of treatment and consequent healing and this journey became the next step of the natural course to deepen my faith and help others.”

The Viterbo University graduate with a Bachelor of Science in nursing is also a certified research coordinator for clinical drug trials. She began her career at Gundersen Health System in 1985 as a cardiac nurse, went on to work in the same-day surgery unit and coordinated clinical drug trials until her youngest son (Kim has three grown children and two grandchildren with her husband Gary) began kindergarten. Kim has also cared for others by volunteering extensively in the La Crosse community throughout the years: within the Catholic school system, at Blessed Sacrament parish and through mobile meal delivery; through many fundraising events for the Franciscan Healthcare Auxiliary, United Fund, and ParTee for a Cause (as a committee member); and as an Integrative Therapies receptionist and board member and FSPA prayer partner.

As an affiliate, Kim plans to spread spiritual wellness too. “I believe my affiliation will only encourage and support my spiritual growth. I hope that the example I set for my family and others in my life will encourage them to become more involved in their own faith journey.” 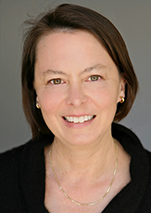 Darleen Pryds
“No one here has ever asked me to be anything other than who I am. That means the world to me.”
Such deep sharing comes from new affiliate Darleen Pryds. Darleen, a resident of Oceanside, California, has been studying Franciscan spirituality for nearly three decades. “While at first it was just an academic pursuit, over time I was deeply affected by the Franciscan tradition, especially the stories of lay Franciscans and their particular ways of following in the Franciscan path.” But it was as a spiritual scholar that Darleen was led to Viterbo University to give a presentation at Clarefest where she heard a paper written about Rose of Viterbo by Sisters Joan and Marlene Weisenbeck. She was “deeply moved by the energy” in Mary of the Angels Chapel. From there, through other Franciscan conferences and interaction with Sisters Marla Lang, Lisa Zmuda (now her companion) and Lucy Ann Meyer, Darleen took the “constant nudging” as a “hint that God thought affiliation was a good fit for me!”

The pursuit of knowledge and spirituality seems to have guided Darleen through her adult life. Her education includes a bachelor’s and master’s degree as well as a doctorate in history, along with a Fullbright Fellowship to Rome and reiki certification. She was an associate director for renaissance studies, an assistant professor of humanities and is currently an associate professor of history and spirituality at Oceanside’s Franciscan School of Theology. Darleen has ministered as an RCIA and parish council team member, a lay preaching group facilitator and a lay preacher. Since 2009, she has served as a certified hospice volunteer caregiver.

Joanne Schlaefer
“My goal is to go to bed at night feeling that I have done the work God has created me to do.” For Joanne Schlaefer, a mother of five children and grandmother to 12, an educator, a church volunteer and now a new FSPA affiliate, that purpose has most likely been fulfilled much of her life.

Joanne, a resident of Wausau, Wisconsin, companioned by affiliate Jean Lierman, has also been familiar with FSPA much of her life. She was taught by FSPA in elementary school, as were her children. “That is when I first met Sister Dorothy Schneider and later her sister, affiliate Delores Schneider.” For five years, Joanne attended the Journey Program at the Franciscan Spirituality Center in La Crosse, Wisconsin, where she met affiliate Tammy Barthels. “That is when I first heard of affiliation.”

After her career as a full-time mom and housekeeper ended, Joanne took her Bachelor of Science in broad field social studies from University of Wisconsin - Stevens Point into a classroom at DC Everest Junior High School in Rothschild, Wisconsin, to teach for 10 years. Joanne’s also given generously of herself to her parish as a communion minister, lector, religious education teacher and adorer. She’s also been involved with the Catholic Women’s Club.

Joanne’s goal as an affiliate? “To bring direction to my life, to meet and grow with like-minded people who can support me and I them in making our lives count for something … by being of service to others. I only regret,” she admits, “not pursuing affiliation sooner!” 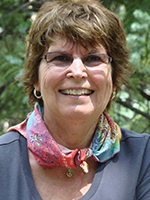 Lavina Taylor
“I have always had a love for the Franciscan way of life and affiliation filled what I was seeking in retirement.” So says new affiliate Lavina Taylor, a member of the Virtual Region companion group who shares that she found what she was looking for in the affiliation program: people with whom to “share my talents and guide me with spiritual growth.”

To find what she was looking for from her home in Tucson, Arizona, Lavina first spent time with the Wheaton Franciscan Sisters in Illinois before learning that the community did not accept affiliates from other states. But when a friend referred her to other communities who do, FSPA was on the list. Now she virtually connects monthly with other affiliates who also do not have access to a local group.


For 42 years, Lavina lived a Franciscan way of life through the ministry of health care as a registered nurse, working for 27 years in the intensive care unit at St. Mary’s Hospital in Tucson. Back problems took Lavina’s ministry in a new direction and she created a safe patient handling program “to help protect patients and nurses from injury,” and served as the program’s coordinator for five years. “It was hard for me to give up bedside nursing as I felt it was a calling rather than just a job,” but others received goodness through her decision. After caring for many, she retired in 2014.

Lavina then sought involvement in her community and discovered Tucson Poverello House, a place of daytime hospitality for homeless men, as well as the charitable organization Socks 2 Serve, making hats (“warm fuzzies, I call them”) for the homeless. It all brings Lavina to thrive in being “part of the FSPA community. Even though I’m at a distance, I feel connected because the community has such active means of communication.”

More about the affiliate program