Seven collaborators have joined Franciscan Sisters of Perpetual Adoration in the movement of kindness that’s stirring up the hearts of people everywhere. Presence shares just some of the goodness they give. 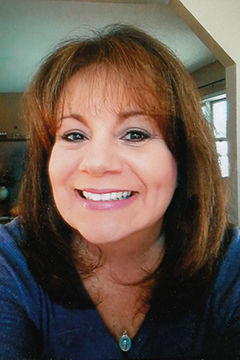 Mary Anderson
It could be said that a chance encounter between Sister Shirley Wagner and St. Francis de Sales led new affiliate Mary Anderson to FSPA. “I was leaving church with the book “Devout Life” in my hand,” recalls Mary. “I also carried a feeling of a deeper call, but I didn’t know what it was.” At the same time, Sister Shirley was entering the building and noticed the book; it was one she had read as a novice. “Sister Shirley, now my companion, introduced me to the affiliation discernment process. Here I am!”

Perhaps, though, Mary’s draw to affiliation has less to do with serendipity and more to do with a life of service. Her work experience includes serving as a certified nursing assistant and medical office manager, as well as office management for a structural engineering firm and a medical supply store. Mary’s faith-community volunteerism is extensive; she’s served as a catechist for several grade levels, an anchoress for Seven Sisters Apostolate in Chicago, Illinois, a eucharistic minister at assisted living facilities, diocesan chair for Pax Christi and, currently, as president-elect of her parish Council of Catholic Women.

Undoubtedly busy with 21 grandchildren, Mary is still seeking to do more, to serve many others, in affiliation. “It has transformed me from the inside out and, on a daily basis, continues to show me the intensity and glory of the many graces [God] allows me to see and to use … has helped me unlock,  share and grow in areas I never thought possible.” 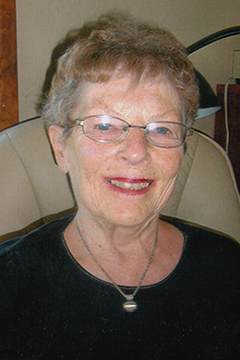 Joyce Baker
“My philosophy of life is that everyone is created equal and should be treated that way,” states new affiliate Joyce Baker.

Joyce, a resident of Stetsonville, Wisconsin, whose companion in affiliation is Sister Shirley Wagner, has many people around her with whom to reciprocate such kindness: three children, eight grandchildren and four great-grandchildren. In addition to all in her family, Joyce has surely spread the goodness to the many people in her professional and ministerial life. After serving as a teacher, Joyce was commissioned as an Extraordinary Minister of Holy Communion, achieved catechetical and spiritual programming certification and directed RCIA programs for Holy Rosary Parish in Medford, Wisconsin. For 20 years, Joyce served as administrator of an assisted living facility, went on to serve 18 years in the ministry of hospice care, and still serves, after 18 years, as a hospital volunteer. Currently, Joyce also brings communion to those homebound.

“My goal in becoming an affiliate is to have support from other people in my journey to God,” shares Joyce. Another is to continue to spread goodness. “I feel I can continue my volunteer work until I can no longer physically accomplish that.” 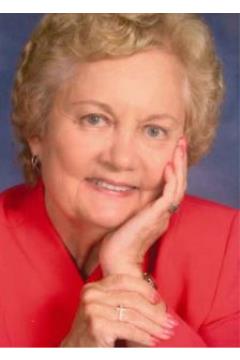 Bonnie Johnson
Many years ago, when Sister Charlotte Seubert sought to create a companion community — now the SONbeams — around Moline, Illinois, she “gathered some women at her home,” begins new affiliate Bonnie Johnson’s FSPA story. “My apostolic disappointment is not accepting her invitation [to join them in affiliation] at that time fearing I wasn’t good enough … holy enough; couldn’t pray enough … devote enough time to the community.” Yet 18 months ago, having volunteered to assist SONbeams’ events ever since that time at Sister Charlotte’s house, Barb accepted a new invitation by the women (including her companion, affiliate Anna Catour) to help her discern and embrace affiliation.

Having raised her family in Rock Island, Illinois, her professional story includes working as a clerk for the U.S. Army Corps of Engineers and clerical supervisor at Deere & Company’s World Headquarters in Moline, where she is currently a tour guide for its John Deere Pavilion. Barb’s “yes” to volunteerism within her faith community resounds: she’s served Moline’s Women at the Well, parish RCIA team, funeral choir and summer bible school (as a teacher), and in countless ways for companion community events.

And Barb’s story continues to grow in her “yes” to affiliation: “I’m focusing more on prayer, assisting my community and deepening my involvement in both my church and Franciscan community.” 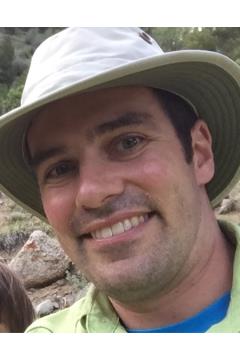 Grant Van Lishout
When asked why he’s choosing to serve FSPA, new affiliate Grant Van Lishout says, “I’m hoping that being an affiliate will help bridge the divide between Lutheran and Catholic traditions, which is so strong in my community … to bridge the gaps between all people regardless of race, gender, class, nationality, religion, values, beliefs, etc. Or, as Richard Rohr says, ‘all the isms that humans create to set up boundaries.’”

With a Bachelor of Arts in religion from St. Olaf College in Northfield, Minnesota, a Master of Divinity from Lutheran School of Theology at Chicago in Illinois and Spiritual Direction Preparation Program certification from the Franciscan Spirituality Center in La Crosse, Wisconsin, Grant, assuredly, decided long ago to live out such compassion. He served for three years as a pastor at West Prairie Lutheran Parish in Viroqua, Wisconsin, and, since 2010, as a pastor for St. Paul’s Lutheran Church in Atlantic, Iowa. Grant is also a swim coach at the Nishna Valley Family YMCA, a member of the Atlantic Ministerial Association and a volunteer for a mobile meal program and Washington Elementary School.

In his life of living out kindness, Grant is married to Sherry with whom he has two daughters, Lily Joy and Hope Rose. His FSPA companion is affiliate Barb Kruse. And his pull to affiliation is conviction in FSPA’s “mission of care and service, especially the environment. I appreciate the sisters’ openness and non-judgmental attitudes and permission for this non-Catholic male to be part of their rich heritage. They foster an environment of love to all.” 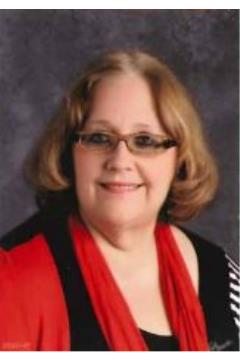 Judy Livings
Love at first sight. That’s how new affiliate Judy Livings describes her first encounter with FSPA — an affiliation live-in experience at St. Rose Convent in La Crosse, Wisconsin, that she attended after meeting Sister Julia Walsh and communicating with affiliate Joan Gerhards (now her companion) about the program. Judy reveals, though, that “a Franciscan lifestyle had beckoned me for the past 20 years before I finally realized I needed to act on this calling.”

With a Bachelor of Arts in education, psychology, French and religious studies, a Master of Arts in educational leadership and several education certifications including K-8 teaching, literacy, administration and directorship in education/special education, Judy has been serving the ministry of education in schools in Indiana and Wisconsin since 1981. Currently, she teaches at Madison Metropolitan Community School Corporation in Wisconsin. A member of St. Ann Catholic Parish in Stoughton, Wisconsin, Judy sings in the choir, brings communion at Nazareth House Nursing Home, volunteers for an annual women’s Christian Experience Weekend and also volunteers as an online crisis counselor.

Judy shares her many reasons for falling in love with affiliation: it has given her “a focus and a family … the ability to share my faith with like-minded people … resources to help me as I walk the Franciscan path. I cherish with all my heart the moments when I find myself once more in [Mary of the Angels Chapel], joining in love and prayer with all my fellow brothers and sisters. This, to me,” says Judy, “is a slice of heaven on earth.” 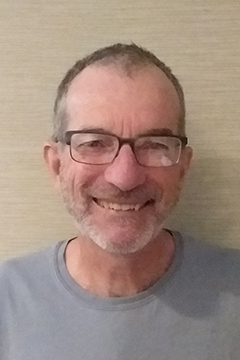 Tim Sullivan
You could say that there are many parallels between new affiliate Tim Sullivan and FSPA. His partner in life is new affiliate Charlotte Willenborg (and his companion is affiliate Mary Ellen Dunford). They are both co-authors of a book about Sister Joyce Blum. They share Sister Joyce’s passion for social justice ministry including her work with their parish in Shelby County, Iowa, and its sister parish in Nicaragua (Tim and Charlotte founded the group and have taken many service trips to Central America). Such shared “social activism,” says Tim, along with “the charisms of contemplation and community” and the opportunity to serve affiliation while living outside of La Crosse, “motivated us to join FSPA.”

Tim has many other parallels with FSPA. For the past five years, he and Charlotte have volunteered full time with Catholic Workers in Denver, Colorado, and in Houston and El Paso, Texas. Ecological sustainability is also a priority for Tim, as he volunteered with Red Rocks Lakes National Wildlife Refuge in Montana, and his hobbies include restoring native prairie and beekeeping. His professional work includes serving as chief operating officer for the American Red Cross of Nebraska, peace and justice coordinator for Catholic Charities of The Diocese of Houma Thibodaux in Louisiana, and 31 years as store director for Hy-Vee Foods.

With his new role of service as an FSPA affiliate, Tim’s outreach will surely go even further. “We feel like the religious sisters of the world have really been doing the work Jesus calls us to do.” 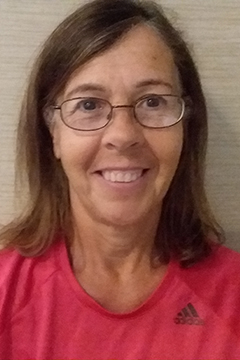 But compassion, it seems, is already inherent in Charlotte. With certification in youth ministry, Charlotte has “led youth and adult retreats and mission trips, helped establish and develop a sister parish relationship in Nicaragua, taught English to youth and adults there and in the U.S. and volunteered with Annunciation House in El Paso, Texas.” The Harlan, Iowa, resident also volunteers with the elderly in her community. Co-author of a book about Sister Joyce Blum with her life partner (and new affiliate) Tim Sullivan, Charlotte has “traveled and worked” with Sister Joyce for the past seven years. She has four children and nine grandchildren.

Charlotte’s goodness and dedication will undoubtedly grow in her new role of service. “I am choosing to be an affiliate because I love the Franciscan charism and I look forward to getting to know the sisters better. I know,” says Charlotte, “they have a lot to teach me.”