Several new affiliates were welcomed to the program recently. 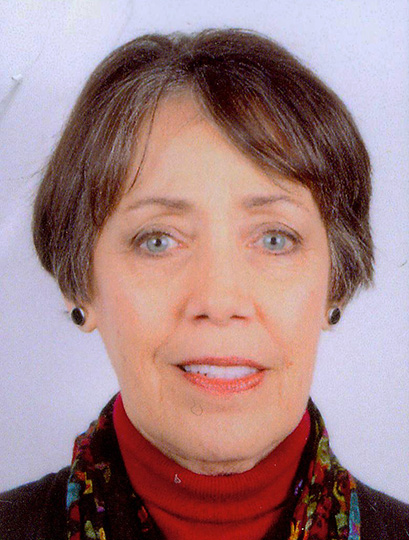 Socorro DeLoach
Her journey to FSPA prayer affiliation, says Socorro DeLoach, came to be “because I’ve always wanted to serve God in my little way.” And it began where she grew up—in Nayarit, Mexico—not just for herself but her late husband as well. “He was American, his father a Baptist preacher.” Married in the Catholic Church in Mexico he had taken the proper steps to convert yet initially “was not ready to accept all of this new faith.” Little-by-little, with determination and patience,” Socorro’s husband of 36 years did just that.

And 15 years ago, the resident of Glennville, Georgia, made her own transformation by becoming a U.S. citizen. Yet when invited to affiliation by her contact, Sister Janet Fischer, Socorro was also unsure: with her husband very ill and English her second language
“I thought I wasn’t a good candidate and still feel I need to learn more about serving as an affiliate. I’m willing to try my best.”

Socorro has done well in many ventures since immigrating to the U.S.: worked in retail (with a cosmetology certification) for eight years and as a public school paraprofessional for three years. With her native language, Spanish, Socorro ministered with Glenmary Home Missioners for eight years. A volunteer in her parish, St. Jude Catholic Church, she is a religious education teacher of children and a eucharistic minister.

Now, Socorro reflects on what brought her to affiliation, “closer to God.” As a wife and mother “and now a widow, I feel my faith in God has always helped me in good and bad experiences, and I would like to share it with my brothers and sisters.”

Sharon Evenson
To emphasize her adoration for FSPA, new prayer affiliate Sharon Evenson underlines each word in this sentence: “They have been a big part of my life for my whole life.” She grew up near the Villa on St. Joseph Ridge. She attended St. Joseph Parish School (later graduating from Aquinas High School) and, in 7th and 8th grade, would stay after the last bell rang “helping Sister Melissa. We became close friends.” And when Sharon was 15 years old Sister Helen Keating hired her to work at the Villa after school, weekends and during the summer, which she did for the next four years.

Sharon’s care of the sisters became a profession as she earned certification to be a nursing assistant. She put her adoration of health care to work at Mulder Health Care in West Salem, Wisconsin, for 16 years before the Villa and the sisters drew her back in 1997. It’s where Sharon intended to work until retirement but “God had other plans” and she suffered a benign brain tumor. Advised to leave her job, Sharon turned to the adoration of her family, now caring for her 1-year-old grandson and passing along her compassion for the sisters and their home to her sister, daughter and grandson. “They all work at the Villa.”

Her adoration of St. Joseph remains. A lifetime parishioner of St. Joseph Parish, Sharon has given her voice to the choir (and has also conducted the youth choir), is a member of the women’s club and donates to the food pantry.

And now her adoration and her contact, Sharon Chavolla, have led her to prayer affiliation. “I want to become more involved and connected to FSPA and live the Franciscan values—working and praying and growing with them.” Sharon believes that “with no God there is no peace but, when you know God you know peace. I feel so very at peace praying in the Adoration Chapel.” 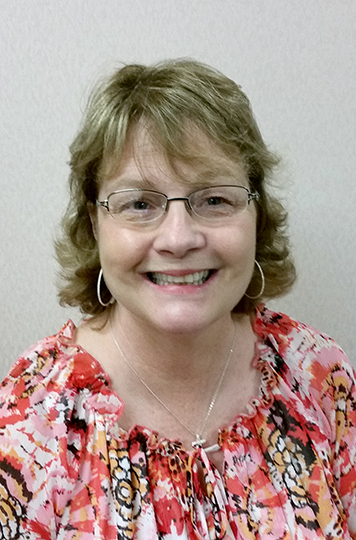 Vickie Kendle
New prayer affiliate Vickie Kendle knows FSPA inside and out. She worked for eight years as a housekeeper at St. Francis Hospital (now known as Mayo Clinic Health System-Franciscan Healthcare) and, for the past 18 years, has served the sisters at St. Rose Convent as director of housekeeping.

Yet, in 2013, Vickie was compelled to consider a much more personal relationship with the Franciscan Sisters. “I really thought about it after my dad passed away,” sensed a growing presence “of God in my life” and recognized the desire “to unite daily my prayer with the FSPA community” through affiliation. And she’s also drawn to the margins, “to helping those less fortunate,” as she does as a volunteer with the Hunger Task Force of La Crosse.

Vickie, a La Crosse resident who grew up across the river in La Crescent, Minnesota, has a very close-knit family: her husband Rusty, daughter Ashley and step-daughter Jade. “And I love helping out friends and family by babysitting for them” she shares. So it makes sense that she is pulled to be a part of the FSPA family that includes her contact, Sister Sarah Hennessey. 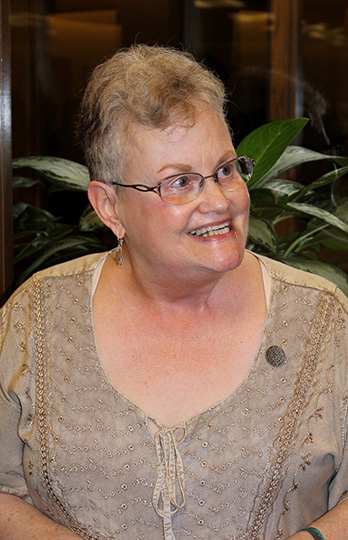 Sue Lund
Prayer. It’s what drives new prayer affiliate Sue Lund. “I choose to be an affiliate to become part of the FSPA community: to work and pray for world peace, our nation, our state, our community.” She prays daily for an end to animal abuse and neglect “because they have no voice.” Her passion for adoration comes full circle in affiliation: “FSPA has brought me closer to Jesus and the Franciscan values of helping the homeless, poor, neglected and war torn.”

Sue’s passion to live out these values comes in part, perhaps, from her professional life as a health care caregiver. She holds a bachelor’s degree in nursing from La Crosse, Wisconsin’s Viterbo University and has accrued credits for a master’s degree in psychology services and counseling from the University of Wisconsin-Stout and St. Mary’s University in Winona, Minnesota. Throughout her nursing career she’s worked in various capacities: intensive care, intravenous therapy, community health, public health education and telephone triage. With prayer and her conviction to care for others, Sue also volunteers within her parish, St. Elizabeth Ann Seton in Holmen, Wisconsin, as a communion minister, lector and catechist. And for her love of animals, Sue volunteers at the Coulee Region Humane Society.

A Viterbo alumna who “knew the sisters very well,” Sue became a prayer partner in 2014: adoring at St. Rose “has always meant peace and tranquility to me.” Now sidelined by illness Sue, who is led in affiliation by her contact, affiliate Marilyn Pedretti, says her inability to be mobile “has very much given me more time to focus on Jesus and concentrate of on reading his word and praying for his church. 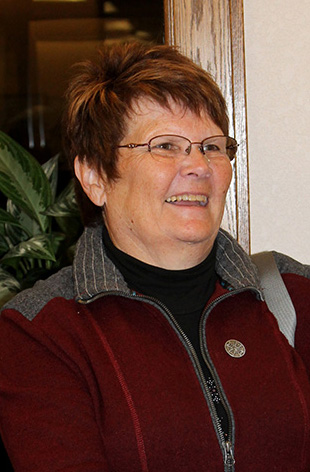 Leanne Stokes
“When I make decisions in my life I look to how St. Francis would want me to handle it.” So says new covenant affiliate Leanne Stokes, who may have had several cues from such a presence throughout her life. She was taught, in La Crosse, by FSPA in elementary school, high school and college. She is married to an affiliate and prayer partner, John Stokes (with whom she has two daughters and four grandchildren), and is a prayer partner herself. Perhaps Sister Marie Leon La Croix, “My first professor at Viterbo University” with whom Leanne later reconnected with at a Christmas Eve Mass at Mary of the Angels Chapel, had something to do with it too. And she was guided to affiliation by a Franciscan, her contact Sister Malinda Gerke.

But simply put, St. Francis may have called Leanne to FSPA and affiliation because, as she says, “I wanted to deepen my involvement.”

Also celebrating during the ceremony were new affiliates Rosemarie Jordan-Jaekel, Paula Naill and Susan Shimshak. We will feature these three in the February issue of “Presence.”