by Kim Seidel
FSPA affiliates John and Marilyn Hempstead of La Crosse committed to community causes related to mental health more than 35 years ago. The generous amount of volunteer work began when their teenage daughter struggled with bipolar disorder,
undiagnosed at that time. 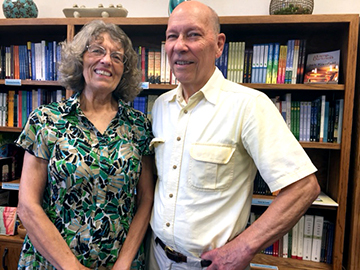 They’ve continued their dedication to promote an understanding of incarceration and homelessness, which are often related to mental health issues, even as their grown daughter no longer lives in this area.

“I know that people, just out of the goodness of their hearts, have helped our daughter,” says Marilyn, an affiliate since 2000. “Volunteering is a way we can give back to others. Being affiliates has been grounding for us.” As one of FSPA’s first male affiliates in 1993, John says, “It’s been a spiritual awakening to handle life’s challenges.”

Their endeavors help to bring issues associated with mental health to the forefront, which in turn, makes it easier for others to discuss problems more openly in the community.

Most recently, the Hempsteads give their time at the new Franciscan Hospitality House in downtown La Crosse, an effort by FSPA, Catholic Charities and others.

“There’s something operating in the homeless, the mentally ill, that others find difficult to understand,” John says. “I love to listen to their stories.” Marilyn says the couple “wants to be a kind and welcoming presence” at the hospitality house.

John has volunteered in jail ministry through Circles of Support and the Restorative Justice Task Force of AMOS. “So many of the mentally ill are in prisons; it’s become, sadly, like the largest treatment center for them,” he says.

The Hempsteads assisted in creating “community conversations” from 2011 to 2014. Topics included homelessness and children and poverty. “We helped bring together different agencies that perhaps would’ve not known about the other’s work,” Marilyn says.

They were also instrumental in leading the Health Care Task Force of AMOS to instruct police officers and other staff how to communicate with those in a mental health crisis. “This type of training helps to prevent a situation from escalating,” Marilyn says. 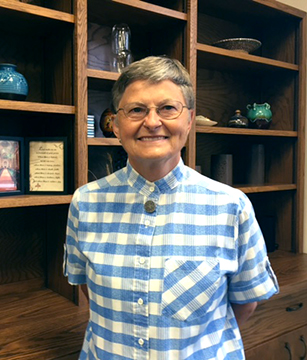 When Sandra Hoeser, an FSPA affiliate of 20 years, returned to her home roots in La Crosse in August 2012, she found her involvement in Circles of Support a perfect fit. The group connects a recently released inmate—a core member—with trained volunteers who meet weekly for at least six months.

“The volunteers offer guidance and encouragement as the core member encounters the many challenges of transitioning back into the community,” says Sandra, who worked with newly released inmates in Texas for 37 years before retiring. “By offering this network of generally healthy, stable lives, we seek to provide a web of relationships different than those that may perpetuate the cycle of incarceration and reincarceration.”

While professional guidance is often necessary for released inmates, the volunteers provide personal, caring support from a community of non-experts. “We see our role as primarily relational,” Sandra says. “Our values include patience, clear communication, honesty and hope.”

This support can lead to transformation in mental health—he or she can form healthier relationships.

“What do friends do? They share their personal lives, and this improves one’s mental health. We all feel better when we share with trusted people,” Sandra says. “Sharing in a supportive group builds self-worth and self-esteem.”

Handwritten letters from an inmate that Sandra met through Circles of Support offer a testament to the power of positive friendships: “I’m really glad that I have you guys to replace the bad people in my life” and “Thank you for not forgetting about me.”

“I think with written statements like these, generally, a core member appreciates and desires good, stable relationships for mental health and a positive growth of character,” Sandra says.