Deb Hayes
“ ... what a wonderful first introduction” muses new prayer affiliate Deb Hayes. For the La Crosse resident, the affiliation process brought her back to that initial FSPA welcome she experienced 20 years ago when she moved her family from Sparta, Wisconsin. “I checked out the Franciscan Spirituality Center and took a meditation class from Sister Mary Kathryn Fogarty.” 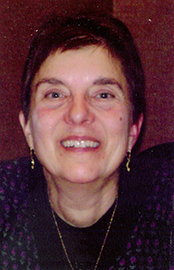 Prior to relocating with her husband Mark and sons Matthew and Ethan, Deb had taken a tour of Mary of the Angels Chapel during Historic Downtown La Crosse Day. She was enlightened to prayer partnership. “I told myself that when we sold our house and moved to La Crosse I wanted to join the program.” Less than two months after her visit and subsequent submission of a prayer request to sell their house, it sold. For Deb it was “the amazing power of prayer” that led to a reconnection with Sister Mary Kathryn and an opportunity for Mark to become a prayer partner the following spring.

Deb also had the good fortune to be a stay-at-home mom until her youngest son started school. She then attained an associate degree in health information and is set to celebrate 18 years in the medical records department at Rolling Hills Rehabilitation Center in Sparta.

And luck has also been with the area’s Catholic community Deb serves. “I’ve been a minister of communion at Mass for close to 30 years and serve as a minister of communion to the homebound with St. Leo the Great Parish in West Salem, Wisconsin. I also serve communion at La Crosse’s Lakeview Health Center.” Patrons of the La Crosse Public Library will see her volunteering there once a month. And affiliate Wilma Spaeth is Deb’s contact.

Through all this serendipity Deb says she continues to “be drawn to and admire the Franciscan values. My hope is that through prayer and involvement as an FSPA affiliate, I will live these values in my own life.”

Paula Wegner
“What a jewel!” exclaims new covenant affiliate Paula Wegner of the first FSPA she ever met, Sister Marcella Steffes. Sister  Marcella is a twinkle in Paula’s eyes for her enthusiasm of teaching the Suzuki method, her political savvy and eco-awareness, and her “Franciscan spirit!” 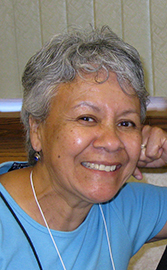 Paula, with a Bachelor of Science in music education (vocal emphasis) from the University of Wisconsin-Whitewater and certification in Suzuki violin instruction training, has glistened in the field of education herself: from 2001 to 2008 at Viterbo University’s Preparatory School of Arts as a Suzuki teacher; a YES AmeriCorps tutor at La Crosse’s Hamilton Elementary School; a Common Elements Transdiagnostic Approach counselor aide at Blackhawk Technical College in Janesville, Wisconsin; a counselor evaluator and service center operator at Milton College in Milton, Wisconsin; and a teacher/director at American Lutheran Preschool and Day Care, Phoenix, Arizona.

And Paula’s been a light shining in church ministry: as a religious educator at St. Mary Parish in Milton; a music contributor at Roncalli Newman Parish in La Crosse; and a religious educator and cantor at St. Mary Parish in Bangor, Wisconsin (where she resides). Paula, whose contact is Sister Nina Shephard, also volunteers in her community: donating platelets for cancer treatment, working in the La Crosse Community Garden, serving the homeless at the La Crosse Warming Center, and ministering with the Wisconsin Dental Association’s Mission of Mercy. She speaks glowingly of life as a wife for 30 years and as a mother of three.

“They sparkle,” concludes Paula of the FSPA. “I want to take the Christ journey with these holy women. I want to answer God’s call in the Franciscan way with Franciscan values, in FSPA tradition, with the FSPA community. The love of Christ shines clearly through them all!”